Hawker Hurricane P3348 pilot Philip Purchall Norris was born to William and Florence Beatrice Norris on 4th September 1917 in Burgess Hill, Sussex and went on to have five brothers and two sisters. He was educated at Brighton Grammar School and, like his brothers, belonged to the Congregational Church Youth Club. The family remembers him having an interest in boxing.

Philip lived with his parents in Leylands Road, Burgess Hill in the house next to the Gas Works provided by the Gas Company for his father who worked there as the manager. After leaving school Philip worked for Lloyds Bank in Brighton. He joined the RAFVR around October 1937 as an Airman u/t Pilot and learned to fly at Shoreham Aerodrome. Called up on the outbreak of war, he completed his flying training and arrived at 12 Group Pool on 10th February 1940. After converting to Hurricanes he was posted to 213 Squadron at Wittering on 9th March.

For a while during the Battle of France 213 had ‘A’ flight in France and ‘B’ Flight at Biggin Hill (from 26th May) and his brother Lew remembers Philip flying over Burgess Hill on his way back to the aerodrome after action if fuel allowed. The family remembers the local police making a complaint that Philip was flying too low and disturbing residents. 213 were heavily engaged over Dunkirk and Philip shared a Me109 on 31st May. He and P/O W Sizer also claimed a Neill destroyed during this period.

On 18th June 1940 213 were moved, together with 87 Squadron, to Exeter to cover the South-West, especially Portland and Plymouth. 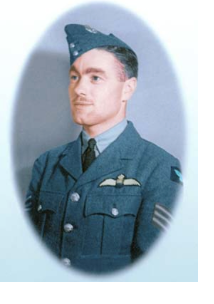 Norris failed to return from an action over Portland on 13th August 1940 in Hurricane P3348. His body was later washed ashore on the French coast and he is buried in Etaples Military Cemetery.

Philip’s brother Leslie served as a Lieutenant in the Royal Engineers in Northwest Europe with 52nd Lowland Division and was awarded a Military Cross. Another brother, Eric, served in The Royal Corps of Signals.

Post-war his brothers Ken and Lew Norris were key members of Donald Campbell’s Bluebird team. Sadly the Bluebird crashed on Lake Coniston, Cumbria, killing Campbell as he tried to break the 300mph barrier in 1967.