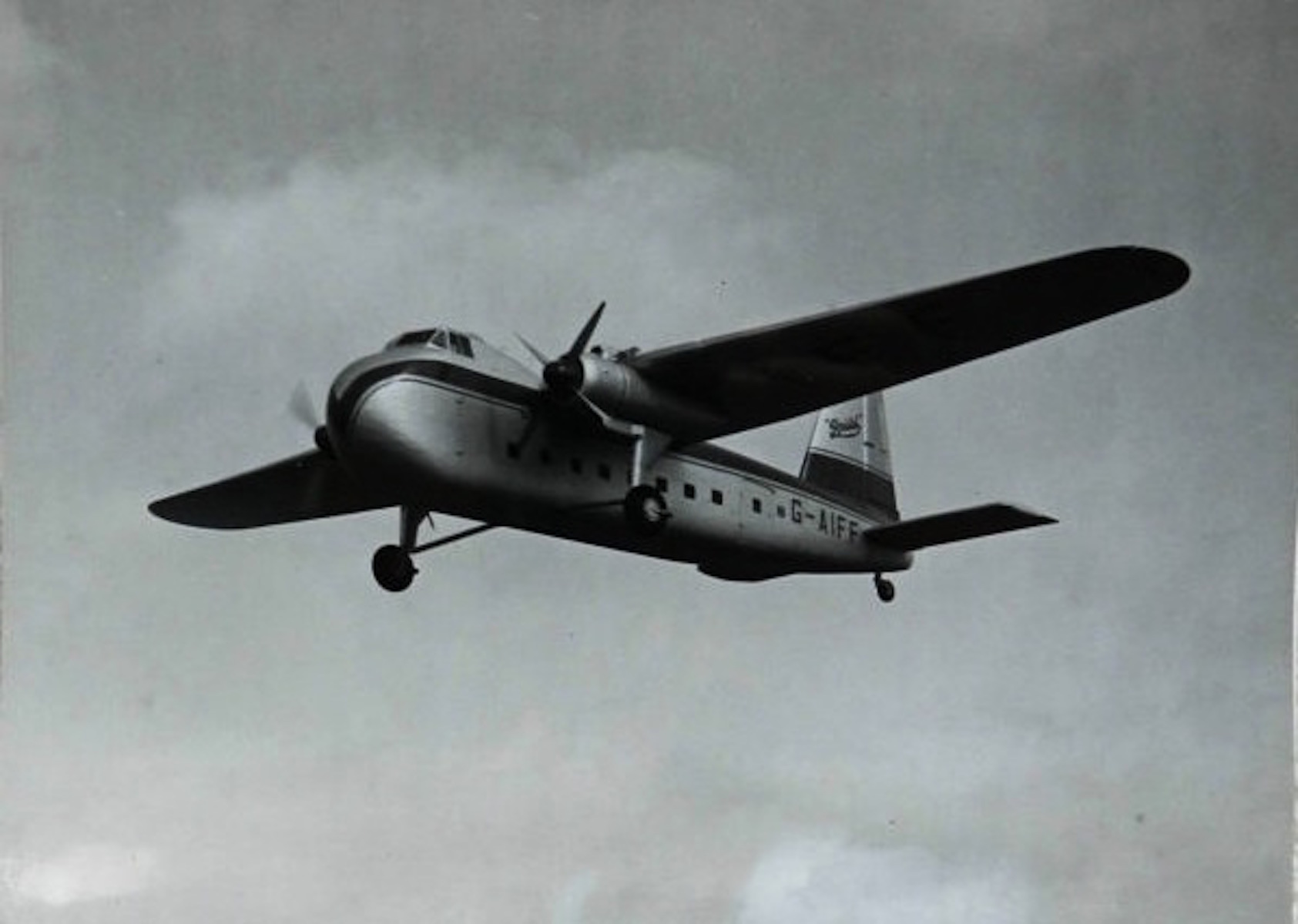 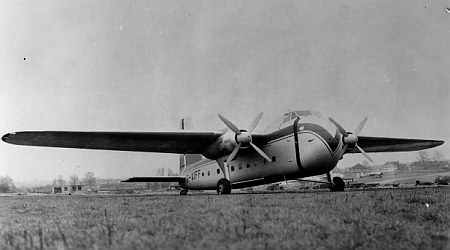 A Bristol Freighter aircraft was reported to have been destroyed yesterday when an explosion occurred as it flew over the sea near Portland Bill. Seven men, all members of the staff of the Bristol Aeroplane Company, were in the aircraft on a test flight from the company’s airfield at Filton. Two bodies have been recovered.

The Admiralty stated last night that just afternoon men in the submarine Truculent, on exercise off Portland Bill, “saw an aircraft disintegrate in the air.” An immediate search of the area was made by the submarine, which was later joined by the destroyer Zephyr and a naval helicopter from Portsmouth. Two bodies were picked up from the water by the submarine and transferred to the Zephyr, which took them back to Portsmouth.

The search was continued by the submarine and the helicopter with the assistance of the frigate Leeds Castle. Nothing further was found, but the search was being continued.

The aircraft, a development machine on special test flying was piloted by Mr. J. A. C. Northway, the company’s assistant chief test pilot. He was 41 and joined the company in 1937 from the Cotswold Aero Club where he was an instructor. He had done 4000 hours flying in more than 60 different types of craft. The names of the other six on board have been given as John Radcliffe, R. M. Pollard, E. J. Archbold, J. L. Gundry, C. Flook, and R. E. Daniels.

These were all members of the company’s staff, and Mr. Radcliffe, who was 47, was head of the flight research department and formerly experimental manager. He was responsible for building the prototypes of the Beaufort, Beaufighter, Buckingham, Brigand, and other well-known machines. He was also concerned with work in connexion with the new Brabazon air-liner. Before he joined the company in 1936 he was an aerodynamicist at Vickers-Armstrong, Weybridge.

The two bodies which were brought to Portland by the Zephyr have been identified 35 E. J. Archbold, of Fairlawn Avenue. Filton and J. L. Gundry, The Cottage, Almondsbury, Bristol. 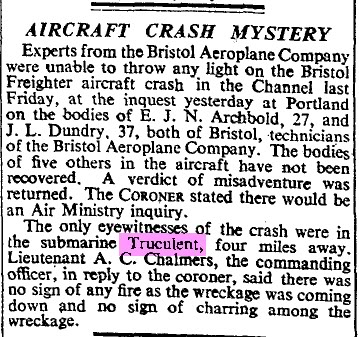 Experts from the Bristol Aeroplane Company were unable to throw any light on the Bristol Freighter aircraft crash in the Channel last Friday, at the inquest yesterday at Portland on the bodies of E. J. N. Archbold, 27, and J. L. Dundry, 37, both of Bristol, technicians of the Bristol Aeroplane Company. The bodies of five others in the aircraft have not been recovered. A verdict of misadventure was returned. The CORONER stated there would be an Air Ministry inquiry. The only eyewitnesses of the crash were in the submarine Truculent, four miles away. Lieutenant A. C. Chalmers, the commanding officer, in reply to the coroner, said there was no sign of any fire as the wreckage was coming down and no sign of charring among the wreckage.

Acting on the Home Secretary’s instructions. the South Dorset Coroner. Col, 0 G. H Symes, on Tuesday held an inquest at Weymouth on five men missing since May when Bristol freighter aircraft broke up 12 miles off Portland Bill with the loss of seven lives.

Two bodies were recovered immediately after the disaster by the submarine Truculent. exercising in the area, and an Inquest was subsequently held at Portland.

In the three months which have elapsed since there has been no trace of the five other occupants of the ‘plane:

Col. Symes said under the provisions of the Coroners (Amendment) Act he had reported the facts to the Home Secretary. who had ordered the inquest, “the point being,” added Col. Symes. “that if there is no inquest the relatives of these men have to go to the High Court to presume death – a long and difficult business – whereas this is a very short and proper procedure.” It was for the Jury to be satisfied that the men were in the aircraft at the time and that they had been killed.

Commanding officer of H.M.S. Truculent, Lieut. Andrew Thomas Chalmers, gavee evidence of seeing the aircraft break up in the air shortly after mid-day and recovering two bodies. The search for survivors was continued until dark, and two destroyers joined in.

Evidence that the missing men were in the aircraft when it left Filton Aerodrome on a test flight was given by Arthur John Pegg, chief test pilot, and Henry Charles Knapp, a fitter-assembler.

On the jury expressing themselves satisfied that the men had been in the aircraft at the time of the disaster. Col. Symes returned a formal verdict that they had died on May 6th from misadventure, and that there was insufficient evidence to show why the aircraft broke up.

Mr. Michael Baker, on behalf of the Bristol Aeroplane Co., paid tribute to the work the Navy had done both at the time of the disaster and since the inquest. “The work of the Navy was magnificent,” he said, “and it was only after prolonged search and dragging to try and find parts of the aircraft that the search was abandoned when it was realised there was no hope at all.”