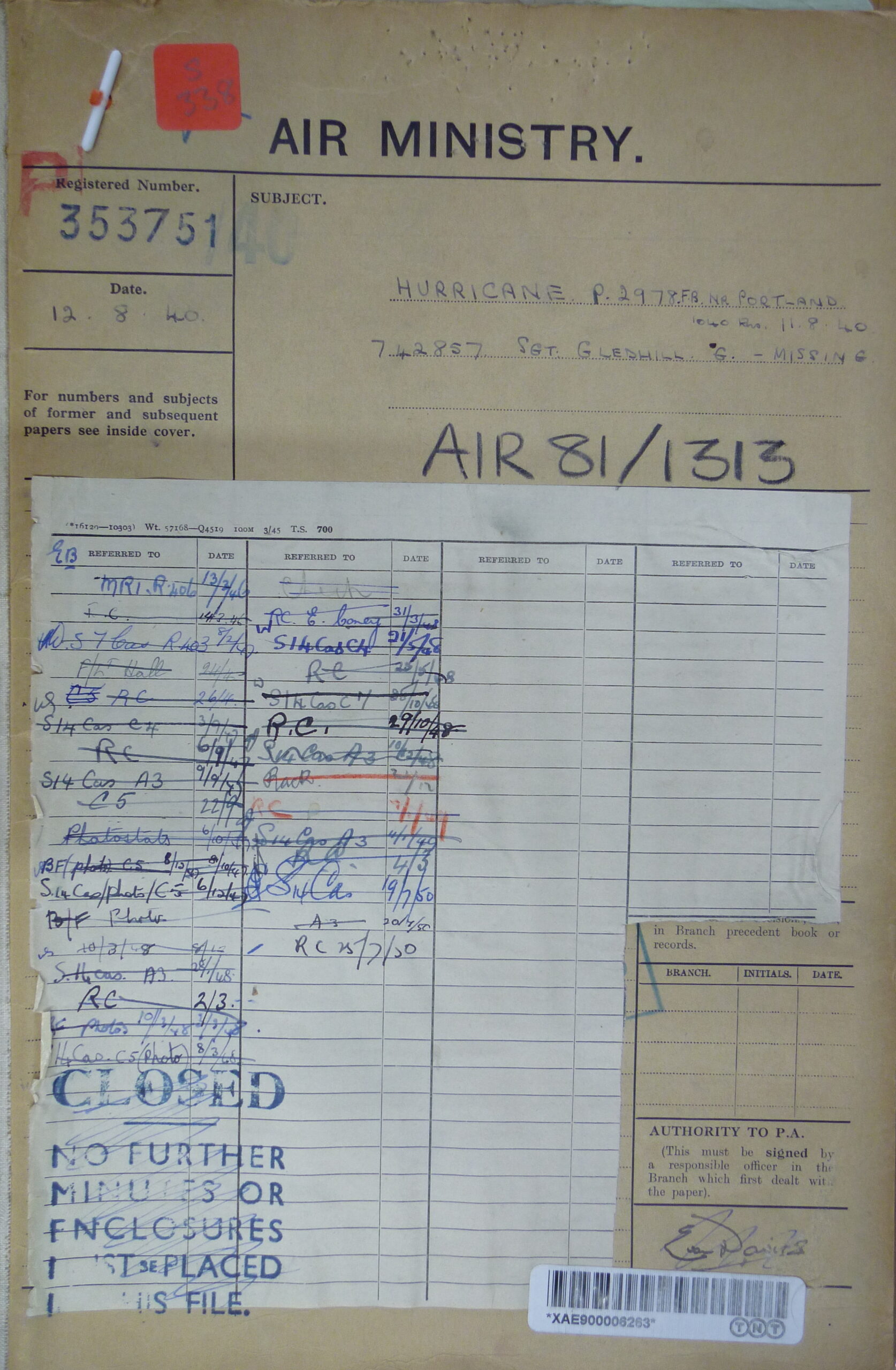 In the fight which followed the whole of Blue section were unfortunately lost. (F/Lt. S.C.WALCH, F/0. M.STEBOROWSKI (Polish) and SGT.GLEDHILL). Green Leader, (R/0 J.R.URWIN-MANN) saw his Green 2 (P/0 F.N.CAWSE) shot down by a 109, which he then destroyed.

The enemy formation was broken up and Red Leader (F/O D.P.HUGHES) shot down a Me.109, Sgt. BANN and Sgt. MARSH jointly destroyed a He.111.

P/0 J.R.URWIN-MANN and SGT.DOMAGALA (Polish) destroyed a 109 each. The above four victories are all confirmed. In addition, Sgt.PIDD claimed a 109 unconfirmed. 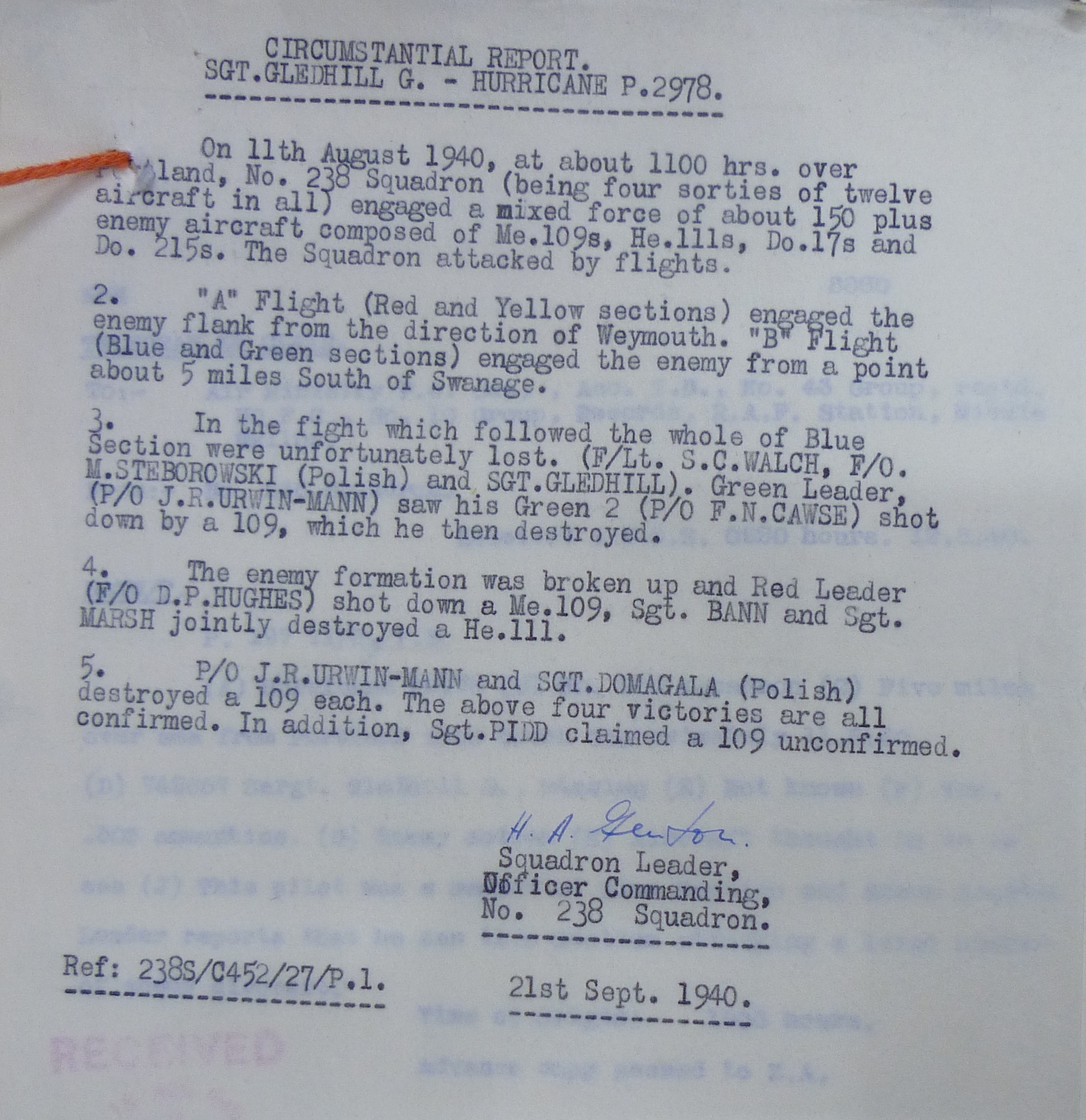 Geoffrey Gledhill joined the RAFVR in January 1939 as an Airman u/t Pilot. Called up on 1st September 1939, he completed his training at 5 FTS and arrived at 6 OTU Sutton Bridge on 6th July 1940.

After converting to Hurricanes Gledhill joined 238 Squadron at Middle Wallop on 4th August. 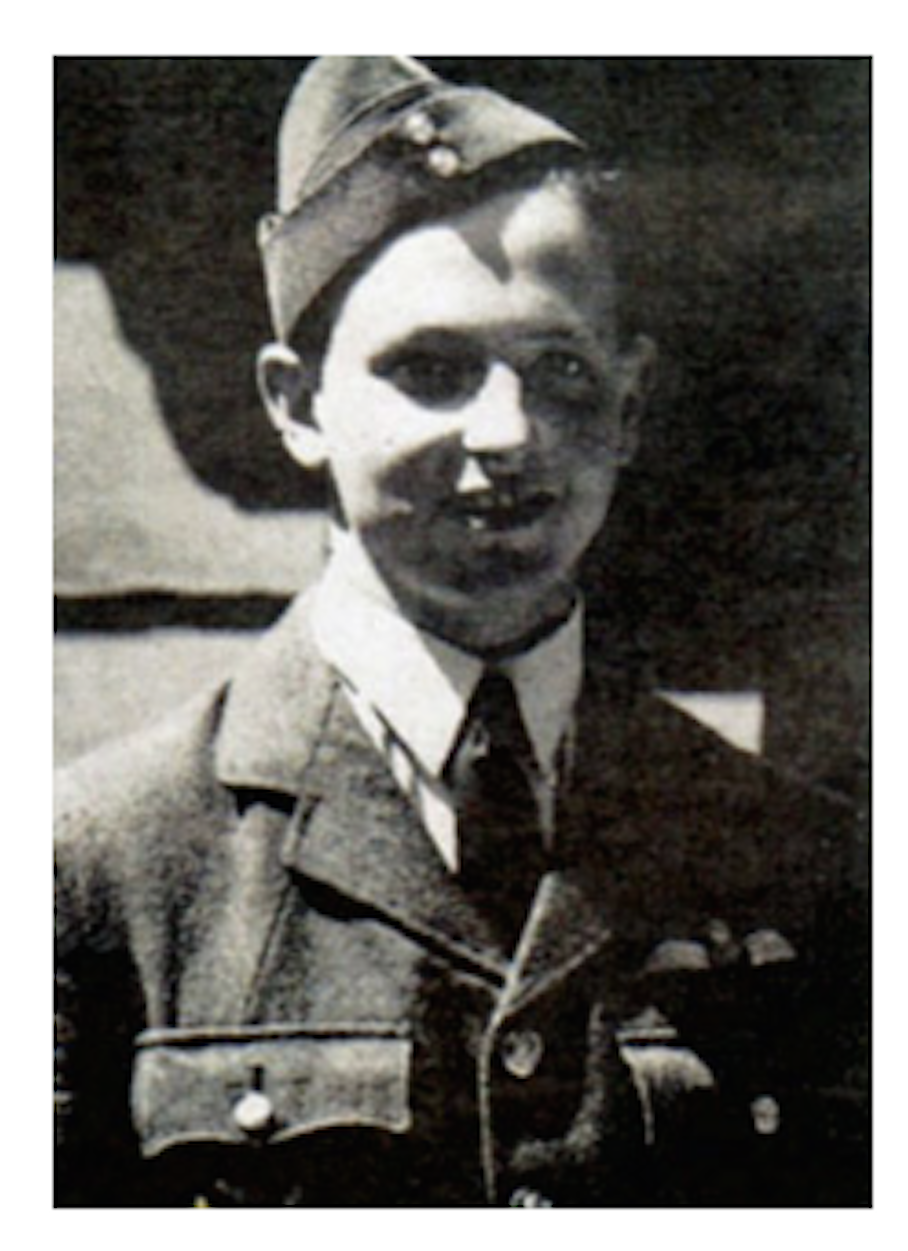 He was killed on the 11th, shot down in combat two miles east of Weymouth in Hurricane P2978. It is believed that this was his first operational sortie.
Gledhill was 19. His body was washed up on the French coast and he is buried in Criquebeuf-en-Caux churchyard.

He is also commemorated on the family grave at Mytholmroyd, Hebden Bridge, Yorkshire.

Reason of Loss: shot down