During a patrol on Adlerangriff (1) (Eagle Day) whilst undertaking the protection of Naval bases he came under attack from Bf109’s – at 16.30 hrs it is understood that he was shot down, crashing into the channel of Portland. Neither he or his aircraft were recovered.

238 Squadron lost 2 other aircraft this day:

(1) Adlerangriff (Eagle Day) was the day that Goring announced that the Luftwaffe would attack and put out of action the RAF fighter stations in preparation for an amphibious assault of Britain (Operation Sealion) On this day, waves of strong attacks at different times over a ten-hour period came in against Essex and Kent, Sussex and Hampshire. These attacks were seen as the initial strikes. 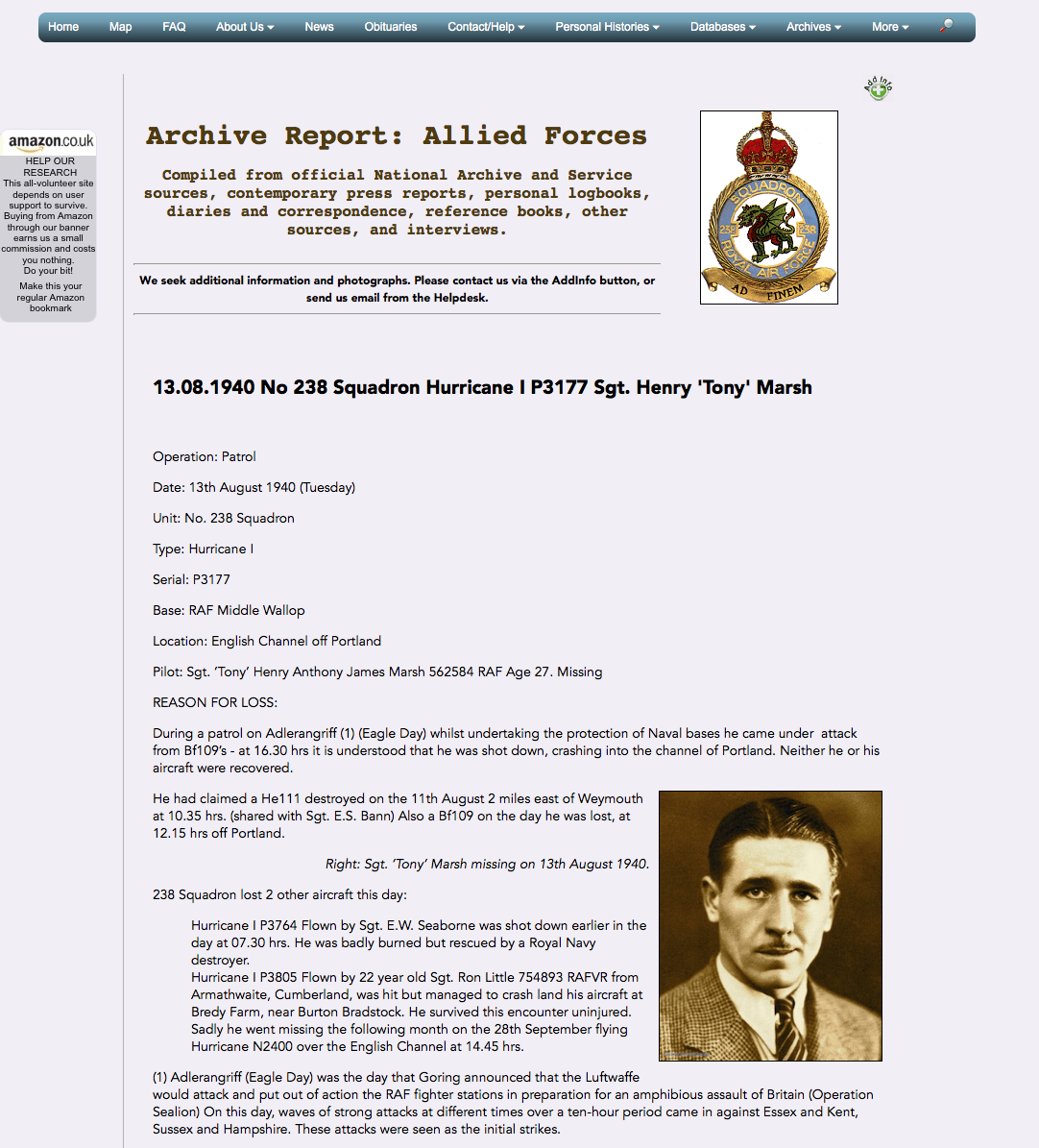