Hawker Hurricane N2650 pilot Ronald Derek Gordon Wight was born in Skelmorlie, Ayrshire on 8th December 1915 and educated at Bowdon College, Cheshire, Mostyn High School in the Wirral and Wrekin College. He joined the RAF on a short service commission in March 1934 and was posted to 5 FTS, Sealand on 3rd April.

On completing his training Wight joined 208 Squadron at Heliopilis, Egypt in September 1935 and was then attached to 29 Squadron at Amriya in January 1936, finally joining 64 Squadron when it formed at Heliopilis in 1st March 1936. He returned to the UK in August 1936, still with 64 and remained with the squadron till April 1937 when he was posted to 72 Squadron at Church Fenton. 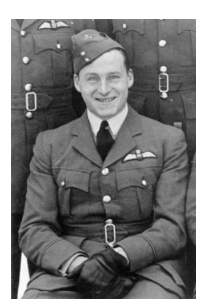 The squadron was withdrawn on the 21st, Wight’s flight going to Manston. Over Dunkirk on the 27th he destroyed two Me109’s, on the 28th another Me109 and two probables plus a probable He’ll, on the 30th he probably destroyed a Do17 and on the 31st destroyed another two Me109’s.

Wight was awarded the DFC (gazetted 21st June 1940). He failed to return from a combat over Portland on 11th August 1940 in Hurricane N2650. Wight was 22. His body was washed ashore in France and he is buried in Cayeux-sur-Mer Communal Cemetery. 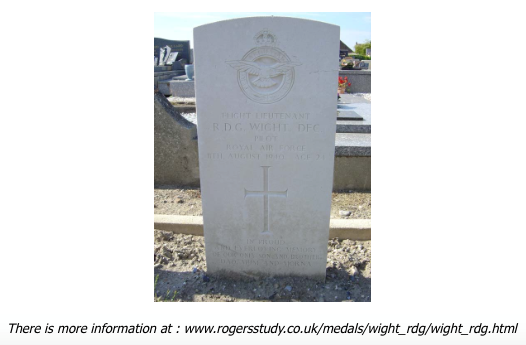