PLACE OF BURIAL:  Leeds.
(and name of Cemetery): Lawnswood
Grave No. Section B392 &3 I have the honour to refer to your letter A.96229/40/P.4.Cas dated 26th July, 1940, and to submit the following report in respect of the above mentioned Flying Battle.

In the early morning of the 11th July, 1940, F/Lt. Barran was leading his Flight on patrol when they sighted enemy aircraft. He ordered his Flight to get into position and then went into attack. He was seen by P/O. Blayney attacking a Junker 87. P/O. Blayney saw no more of him, as he was himself attacked by enemy fighters who had dived on him from above.

When the combat was over it was realised that F/Lt. Barran had not returned, and a launch was immediately despatched to make a search off Portland. He was quickly found, but his death would appear to have been the result of burns and wounds. I am commanded by the Air Council to Inform you that they have with great respect to confirm a telegram in which you were notified that your son, Acting Flight Lieutenant Philip Henry Barran, Auxiliary Air Force, lost his life as the result of air operations on the 11th July, 1940.

The Air Council desire that, in conveying this information, I should express their profound sympathy with you in your bereavement. 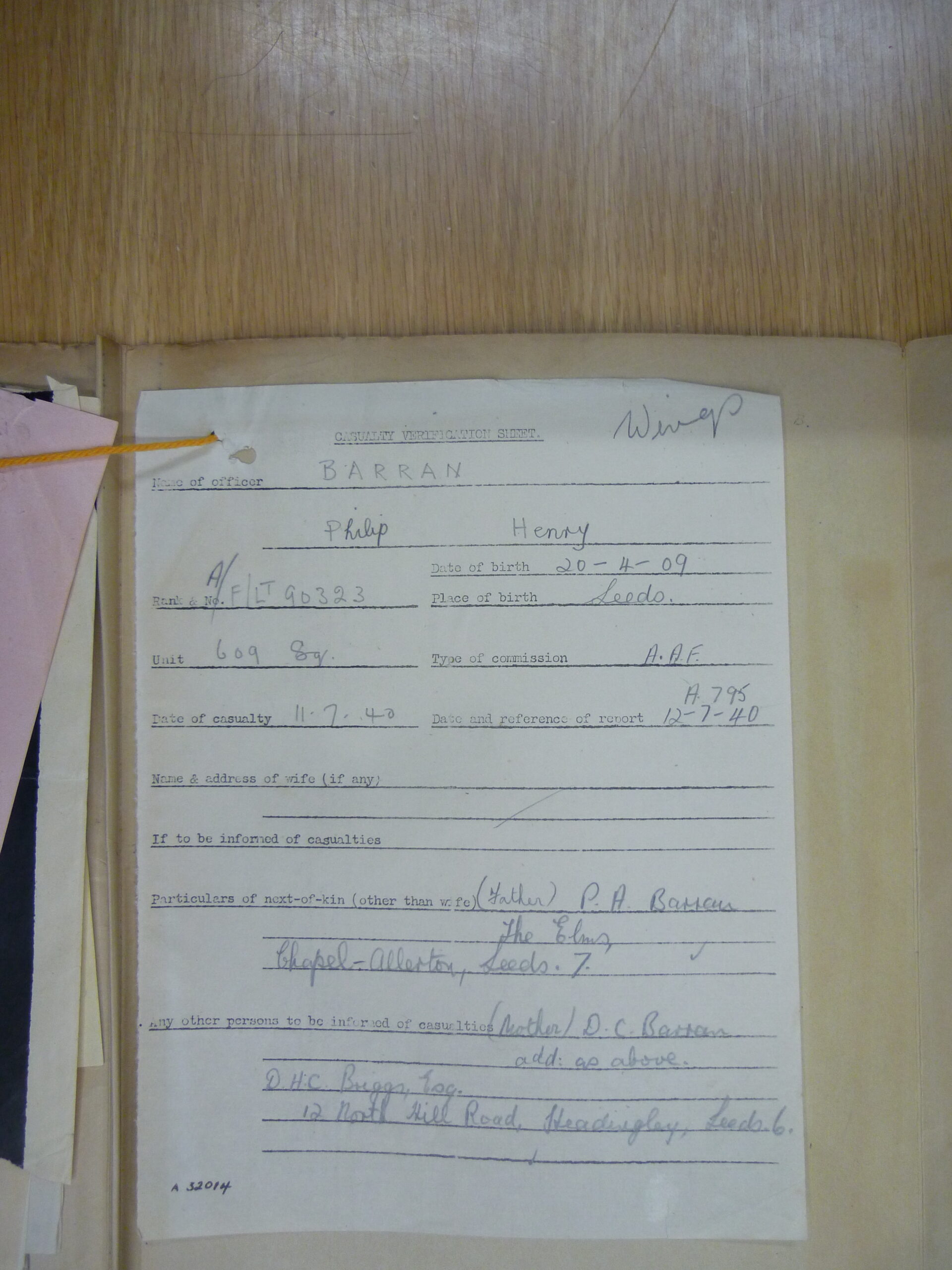