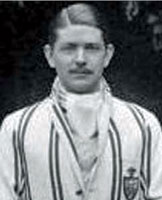 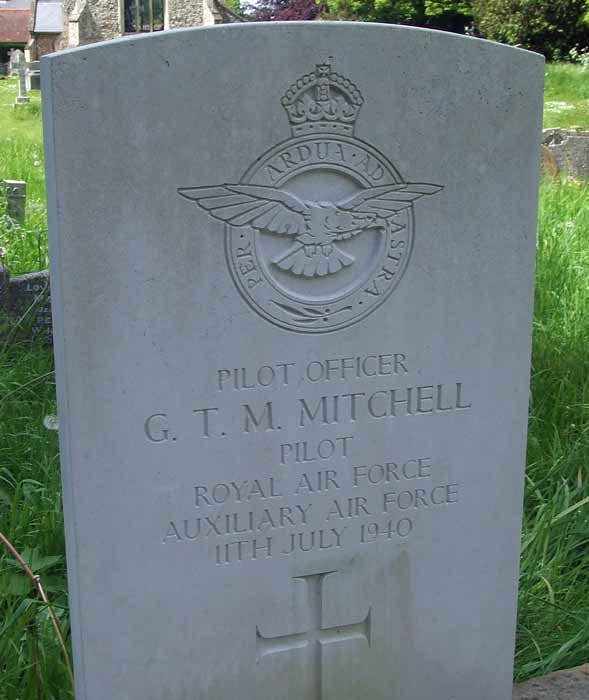 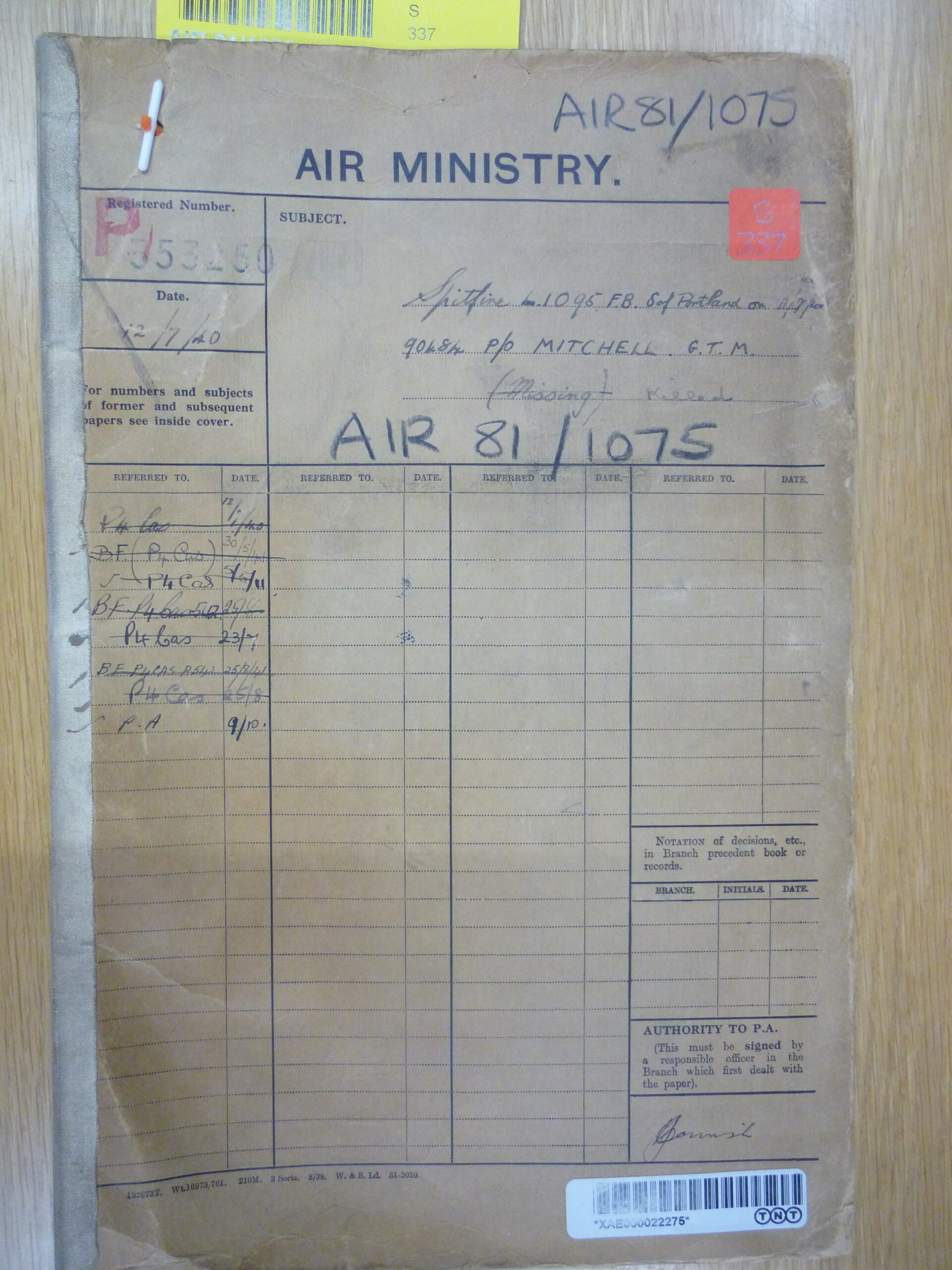 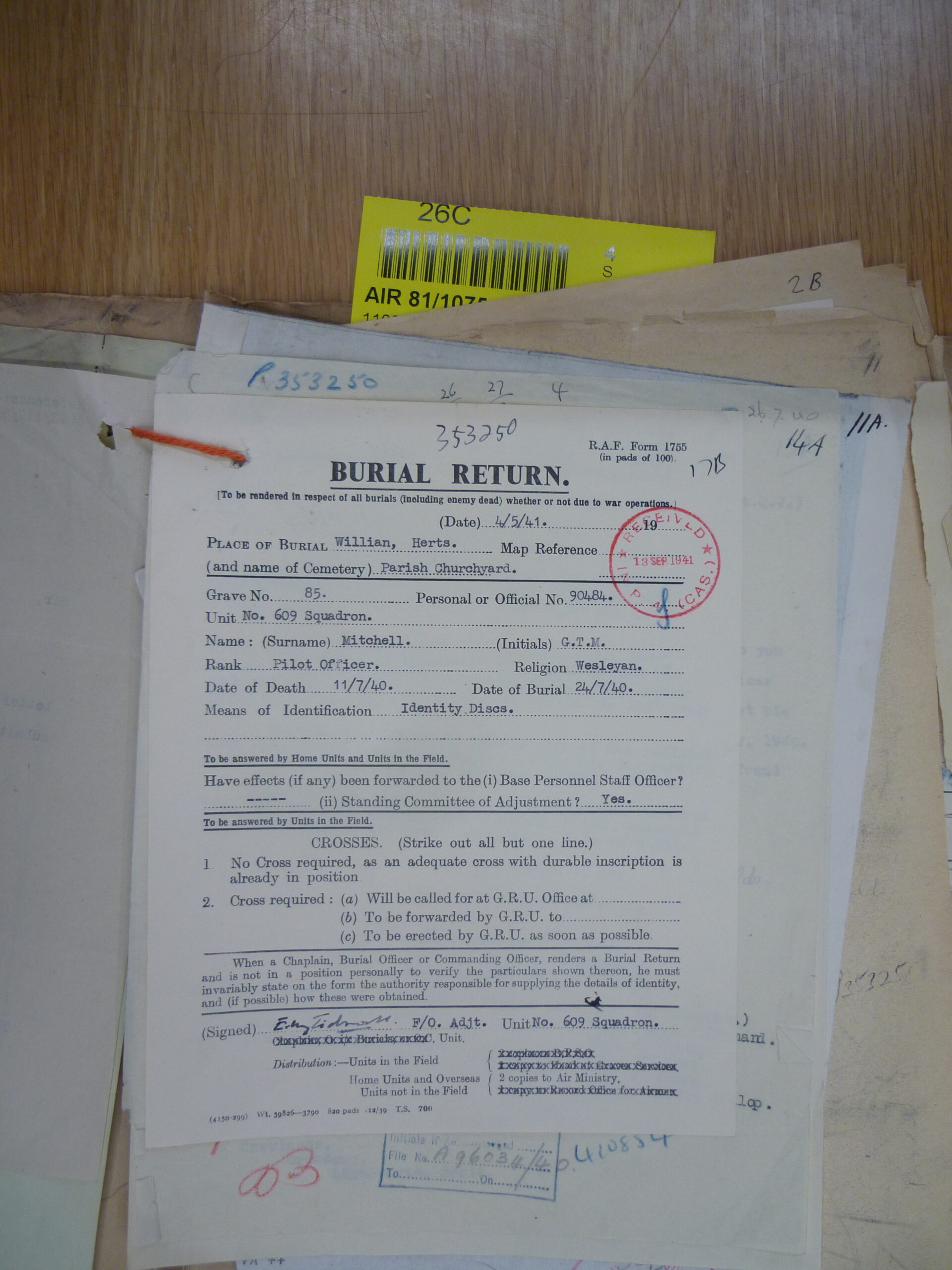 In the early morning of the 11th July, 1940, Pilot Officer G.T.M. Mitchell was on patrol with his flight when enemy aircraft were sighted. His leader ordered theme to get into position, and he was last seen going in to attack.

Immediately after the combat when it was realised that P/O. Mitchell was missing, a launch was despatched. A very thorough search was made, but without success.

0n the 21st July, 1940, notification was received from the Yarmouth Police that the body of P/O. Mitchell had been found on the beach near Brook, Isle of Wight. 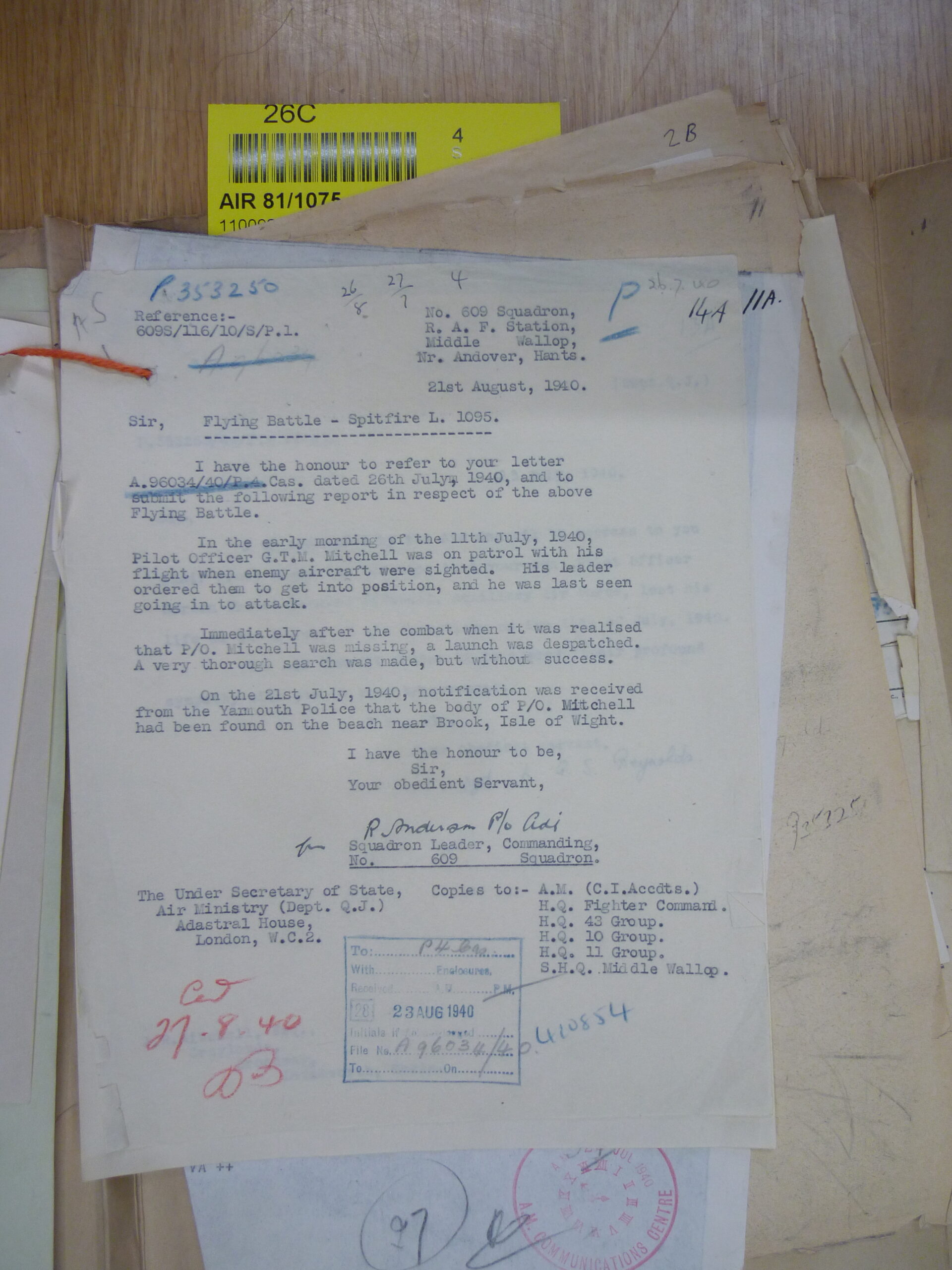 Mitchell, Royal Air Force, is missing as the result of air operations on 11th July, 1940.

I am to explain that this does not necessarily mean that he is killed or wounded and that if he is a prisoner of war he should be able to communicate with you in due course. MeanWhile enquiries be made by the Air Ministry through the International Red Cross Society. As soon as any definite news is received, you will be immediately informed.

In the event of any information regarding your son being received by you from any source it would be appreciated if you would kindly communicate it immediately to the Air Ministry.

The Air Council desire me to express their sincere sympathy with you in your present anxiety. 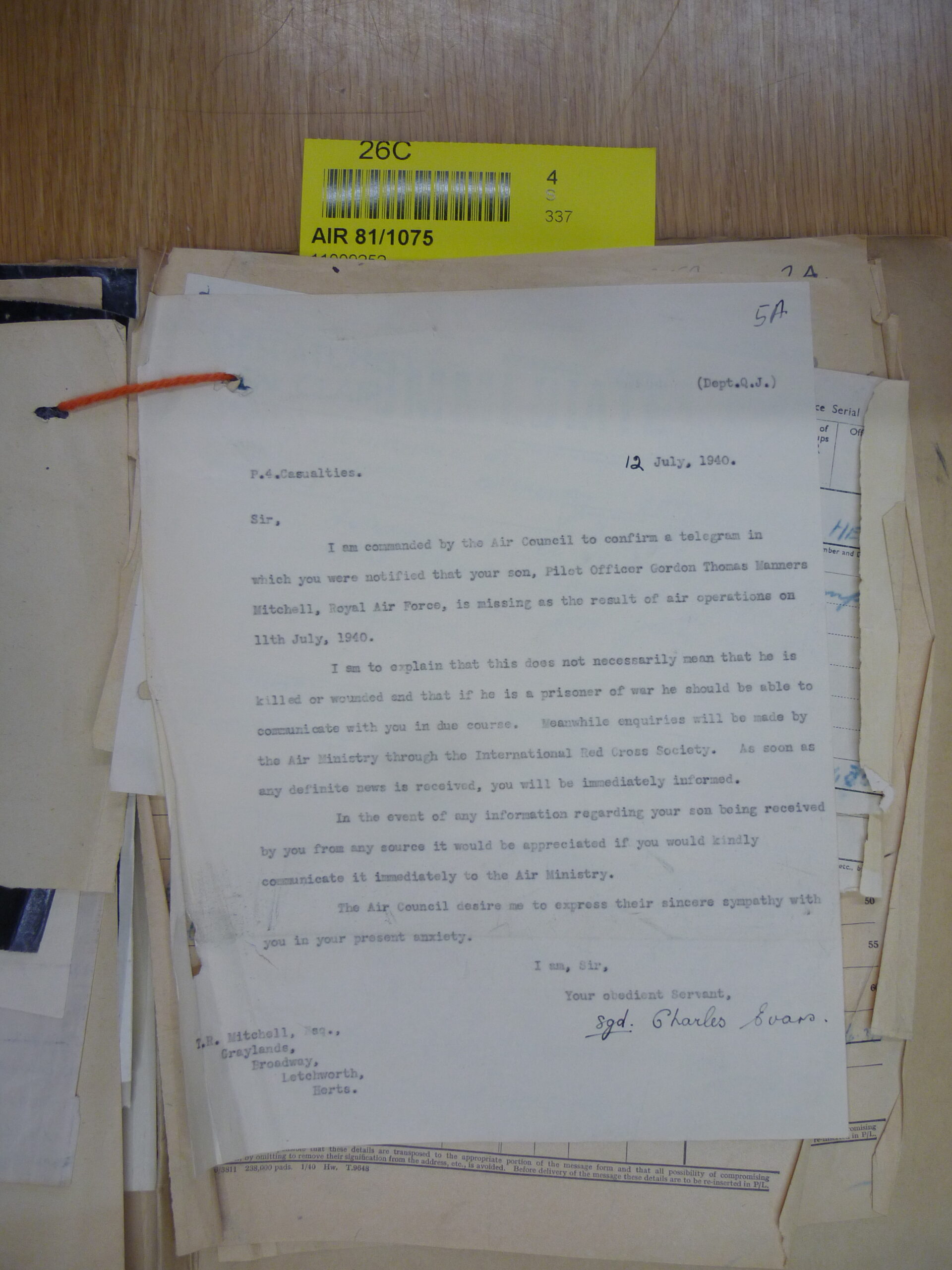 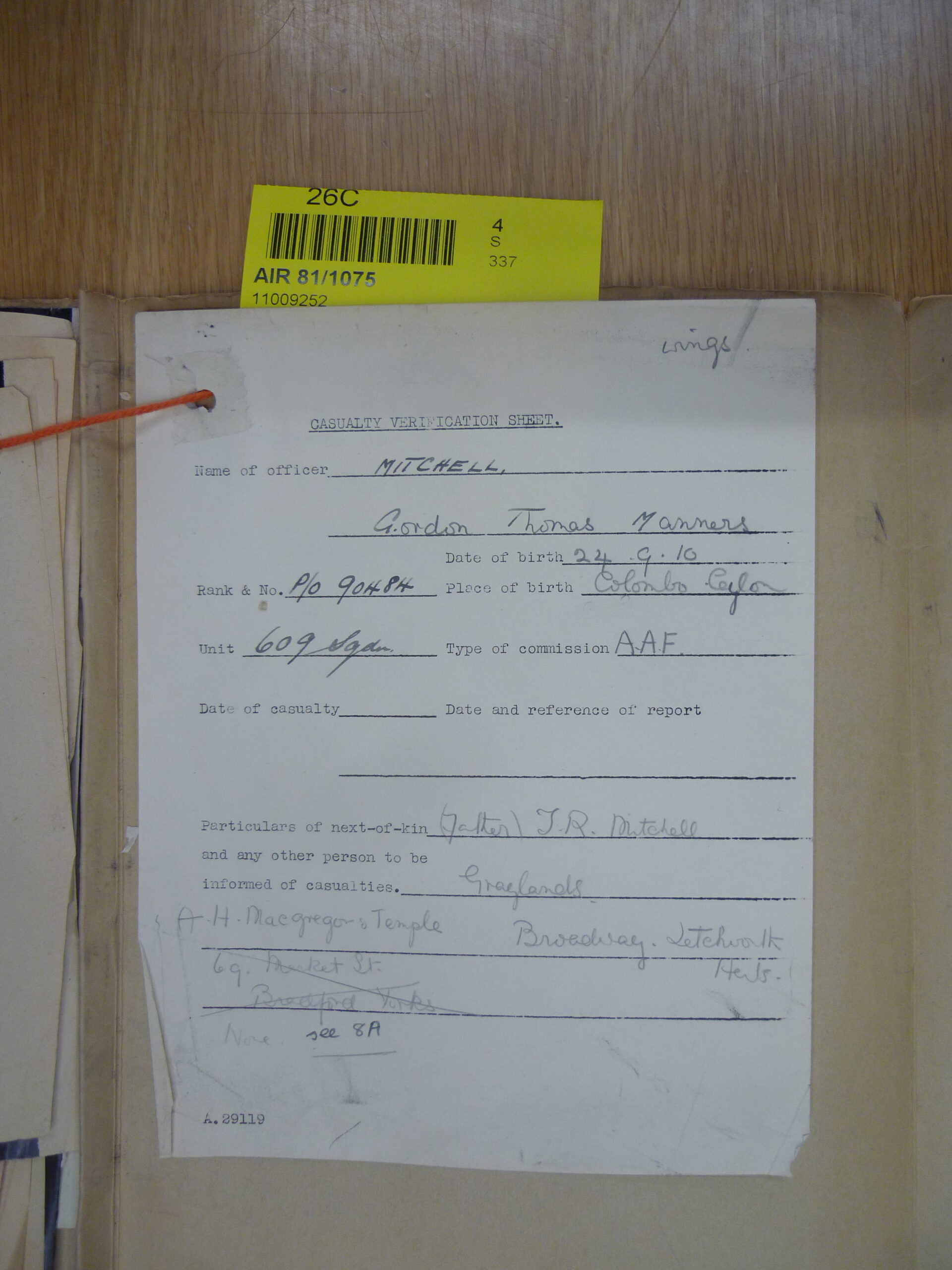