Lieuts. Theodore E. Martin-Leake, (aged 28), and William T. M’Clintock Caulfield, (aged 27), of the British Army ascend at 1630 hrs. from the military balloon factory at Cove, near Aldershot, in the balloon “Thrasher”, witnessed by King Edward VII and Prince Fushimi Hiroyasu. For unknown reasons they do not descend a few hours later as planned, and the balloon is sighted over Weymouth at 20:30 hrs., drifting towards the sea.

The crew drowned when the balloon crashes in Lyme Bay. The trawler Skylark (Captain Johnson) discovers the partially submerged balloon ten miles off Exmouth on 29 May and after some difficulty brings it into Brixham where it is transferred to the custody of Customs officials. Caulfield’s body recovered at Weymouth on 24 June. Leake’s body never found.

“WAR BALLOON MYSTERY”
Two Army Officers Lost at Sea.
BALLOON FOUND EMPTY.
ANXIETY IN MILITARY CIRCLES.
The “Bristol Times and Mirror” today states that much mystery surrounds the disappearance of a military balloon, which was sent up from Farnborough on Tuesday in connection with the grand field day at which the King and Prince Fushimi were present.

The balloon went up in the afternoon, and in a strong wind and flying clouds was lost to sight. Night came on but no news was gained. The matter was kept secret but last evening the Bristol police received a telegram from South Farnborough notifying the fact and asking for a watch to be kept, evidently in expectation that with the easterly wind the balloon and its occupants – believed, as usual to be six men – might have gone that way.

Authorities Alarmed.
The telegram was marked “Urgent,” and special orders were given by the Chief Constable for police to keep a keen look-out from points vantage such as Clifton Downs and Brandon Hill. The message was sent to all the police on the south-west coast, but as no news had come to hand at midnight, it is feared the balloon has been blown out to sea, and that its occupants have perished with it.

On Tuesday night, it will be remembered, a terrible gale was blowing, and the chances of the balloon living in such storm would be small. The authorities are very reticent on the matter.

Picked Up Off Exmouth.
The Press Association to-day continues the story.
The Agency’s Aldershot correspondent telegraphs :
On Tuesday when His Majesty the King visited the balloon factory at Aldershot with Prince Fashimi, a balloon was sent off on a trip. The occupants of the car were Lieutenants Caulfieid and Leake, of the Royal Engineers. Nothing has been heard of the two officers since, but this morning a telegram was received at the Aldershot headquarters office stating that the balloon had been picked up in the sea by a fishing snack near Exmouth. The balloon was sighted by the coastguards on Tuesday evening near the station at Exmouth.

Still no Tidings.
It was then very low, but rose again in the air. The fate of the two officers remains mystery, but some hope is entertained that the balloon, which must have again descended, fell in the vicinity of passing vessel and that the occupants nay have been rescued.

The Press Association, in a later message, says no news has yet been received at Aldershot of the two missing officers.

The coastguards along the south coast have been questioned and they say they have seen nothing of the two missing officers. The wireless stations on the coast hare also been asked to inquire of passing steamers if they have picked the officers up. Lieutenant Caulfield is well-know aeronaut.

A Weymouth Story.
The Press Association’s Weymouth correspondent wires that a balloon was seen to touch the sea Weymouth on Wednesday and then to re-ascend. No confirmation can yet be obtained as to the authenticity of the report.

Note that while the balloon officially seems to have crashed into the sea ten miles off Exmouth, Devon, the “place of death” that was recorded on the death certificates of the two crew was “drowned at sea off Bridport, Dorset”. A contemporary newspaper report recorded that the body of Lt Caufield was found off the Dorset coast (Cambrian 28/6/1907):

“MISSING BALLOONIST. LIEUT. CAULFIELDS BODY PICKED UP AT SEA.
The body of Lieutenant Caulfield, one of the missing war balloon officers, was picked up in the West Bay, near Weymouth, on Sunday, and brought ashore by fishermen. It was on May 28th that the war balloon Thrasher ascended from Aldershot in charge of Lieutenants W. M. Caulfield and Martin Leake. Until Sunday nothing certain was known of the fate of the missing balloonists, but it now appears that Lieutenant Caulfield at least jumped into the sea at the balloon’s first descent.”

It would seen that the body of Lt Caulfield floated for some distance before being recovered several days later. 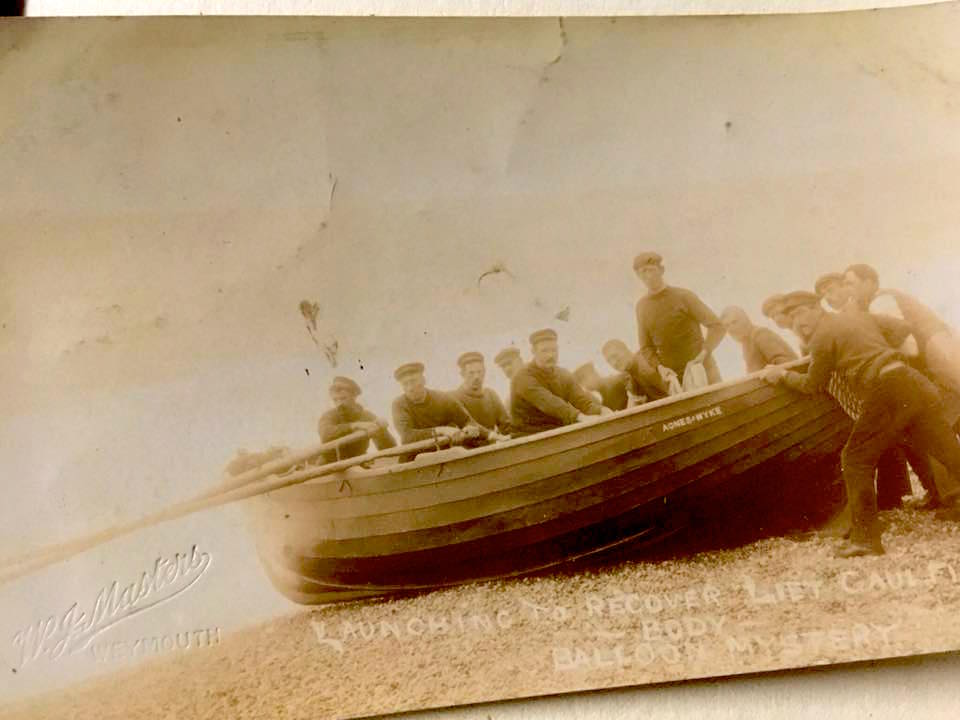 Launching to the rescue 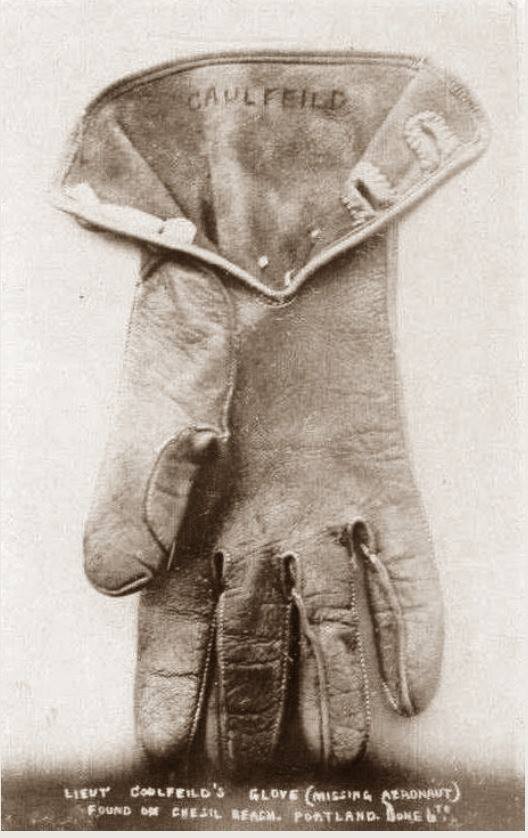 Reason of Loss: Crashed into sea