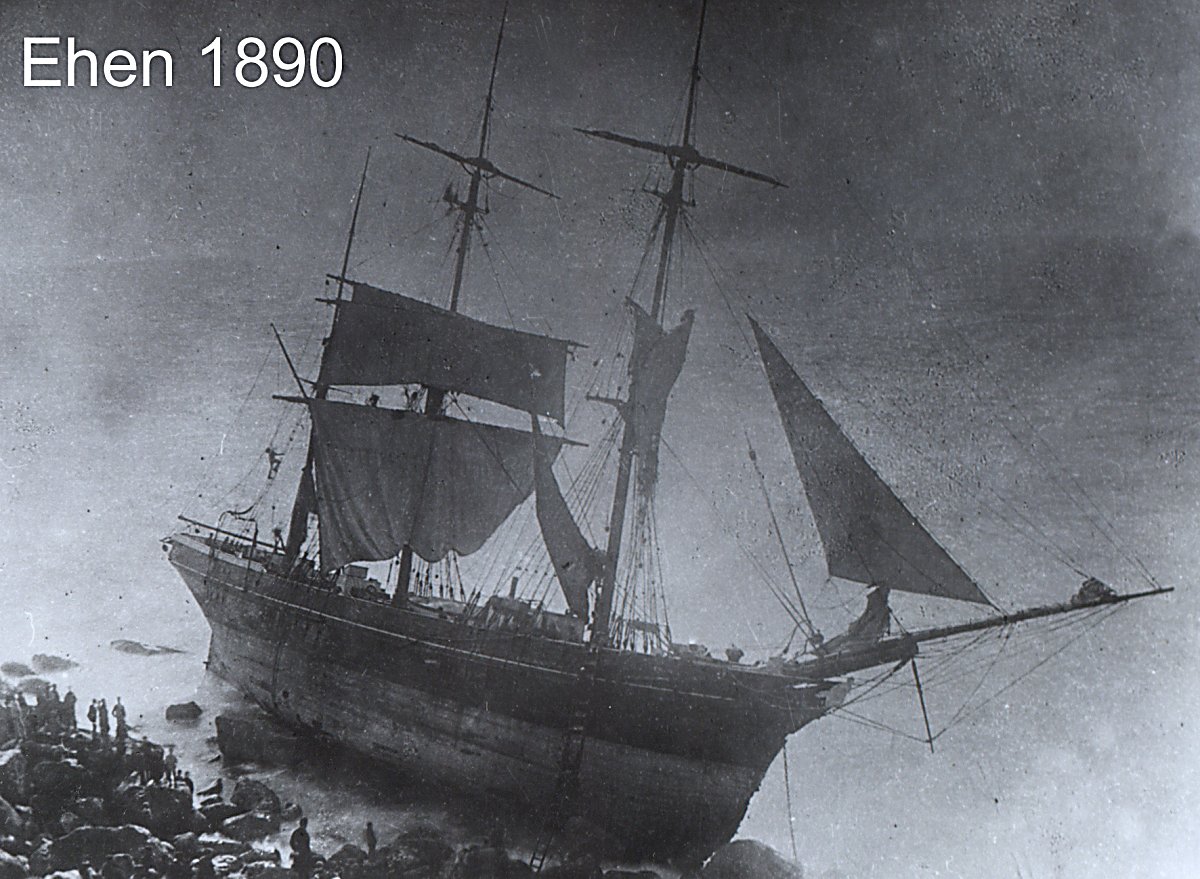 Times: Wednesday, April 23, 1890, Issue 32993 – “The French bark Ehen of Harve, from Bremen for Bordeaux, laden with rice, went ashore on the west side of Portland Bill at 8 p.m. on Monday, between Blacknor and the Upper Lighthouse. Ten men and the master’s wife were saved. The vessel is well on the rocks and apparently holed, and will probably be a total wreck. Prospects of salvage, very doubtful. Tugs have been ordered.” Ship Incident