A plank of a boat has been washed ashore a few miles from Bridport, upon which, apparently cut with a knife, were the words, “Ada, sprung a leak. Tried to get to Portland. Send this to Harwich. LAYZERE, mate. Heavy sea. Foundered off Portland. Took to boat, expect all four to perish. Since this discovery 200 barrels of paraffin, presumably part of the Ada’s cargo, have been washed ashore at the same spot. There are a number of vessels in LLOYD’s list named the Ada, but the wrecked vessel is most likely the keteh barge Ada, 120 tons, belonging to Harwich, 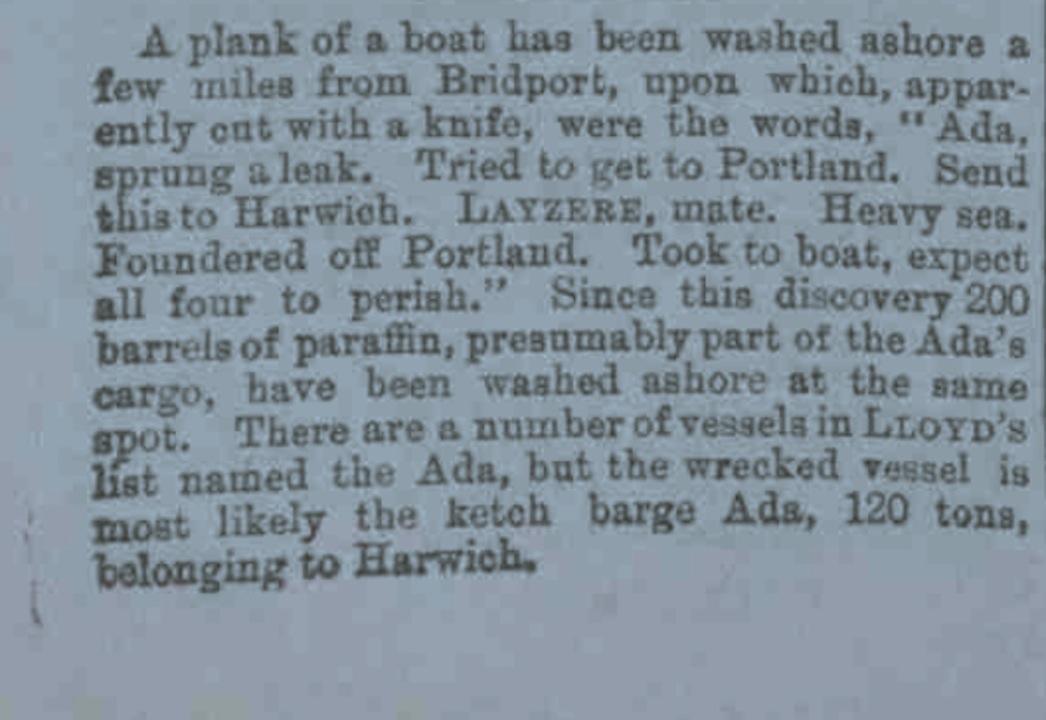