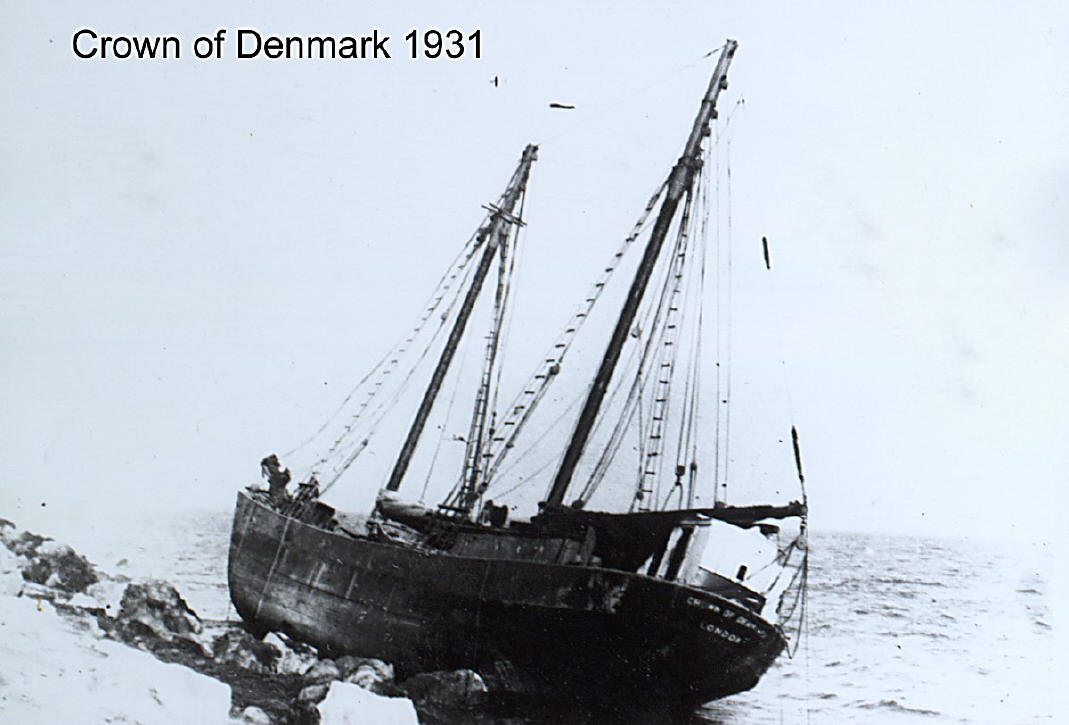 Two masted sailing barge. Swept onto the Portland Harbour Breakwater. Re-floated. (LePard: pages 58 & 59, notes that Captain Howard of the CROWN OF DENMARK was one of the witnesses to the sinking of the M2) NIL. See Times