During thick and rough weather on Wednesday morning the Norwegian steamer Edison and the Norwegian barque Ran came into collision in the Channel. The captain and six men of the barque got on board the steamer, whilst the Ran with seven men made for Portland. The latter vessel was subsequently found deserted and was towed into Portland. The Edison soon began to founder, and the crew took to their boat. After drifting about for 16 hours they reached Seaton, on the Devon coast. In the endeavour to land the boat was capsized and three men of the steamer and a son of the owner of the Ran were drowned. Fifteen men were saved, and were well cared for at Seaton. No news has been heard of the men who remained on board the Ran. 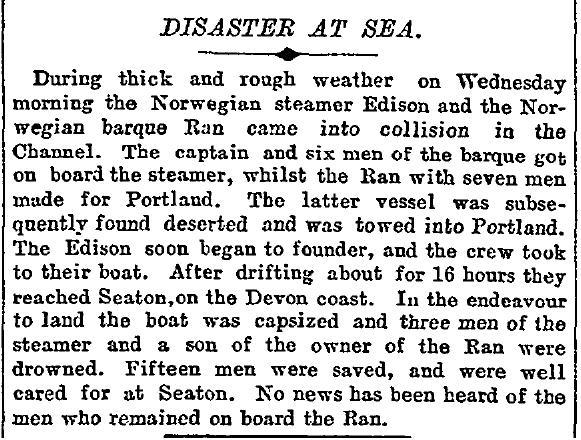 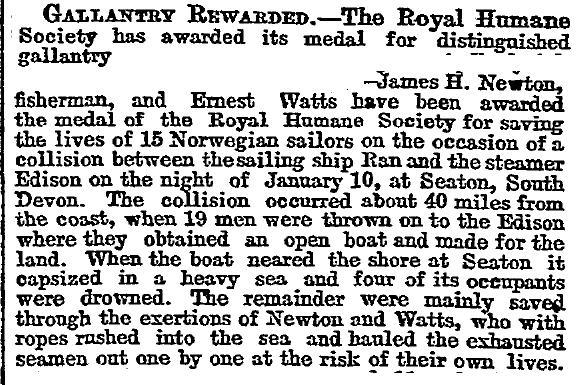