FEARS for the crew of a fishing smack, which was smashed to pieces off Portland Bill in the gale yesterday, were intensified Coastguards found the body of a middle-aged man a few yards from the wreck of a ship’s boat.

Although it cannot be stated definitely there is reason to believe that the lost ship may be the small steamship Marguerita which left Milford Haven bound for Aarhus, Denmark, last week.

She was in the charge of Capt. Nielson, a Dane. and had a crew of seven, two of whom, the engineers are thought to be from Haverfordwest and Milford Haven. The others are Danes.

The vessel was first sighted  early yesterday morning, when Coastguards saw her bearing down on Portland Bill.

“No distress signals were seen” District Officer of Coastguards Mr. W. Rowsell told The Western Morning News. “We could see she was doomed and we called out the lifeboat and rocket saving apparatus.

“They had no chance to do anything”, he added, “tor almost immediately she hit the rocks and was splintered to matchwood. There was no sign of life on board the vessel, which came up from the westward.”

Broken timbers pieced together during 1he day revealed the name Marguerita and the number 139356. 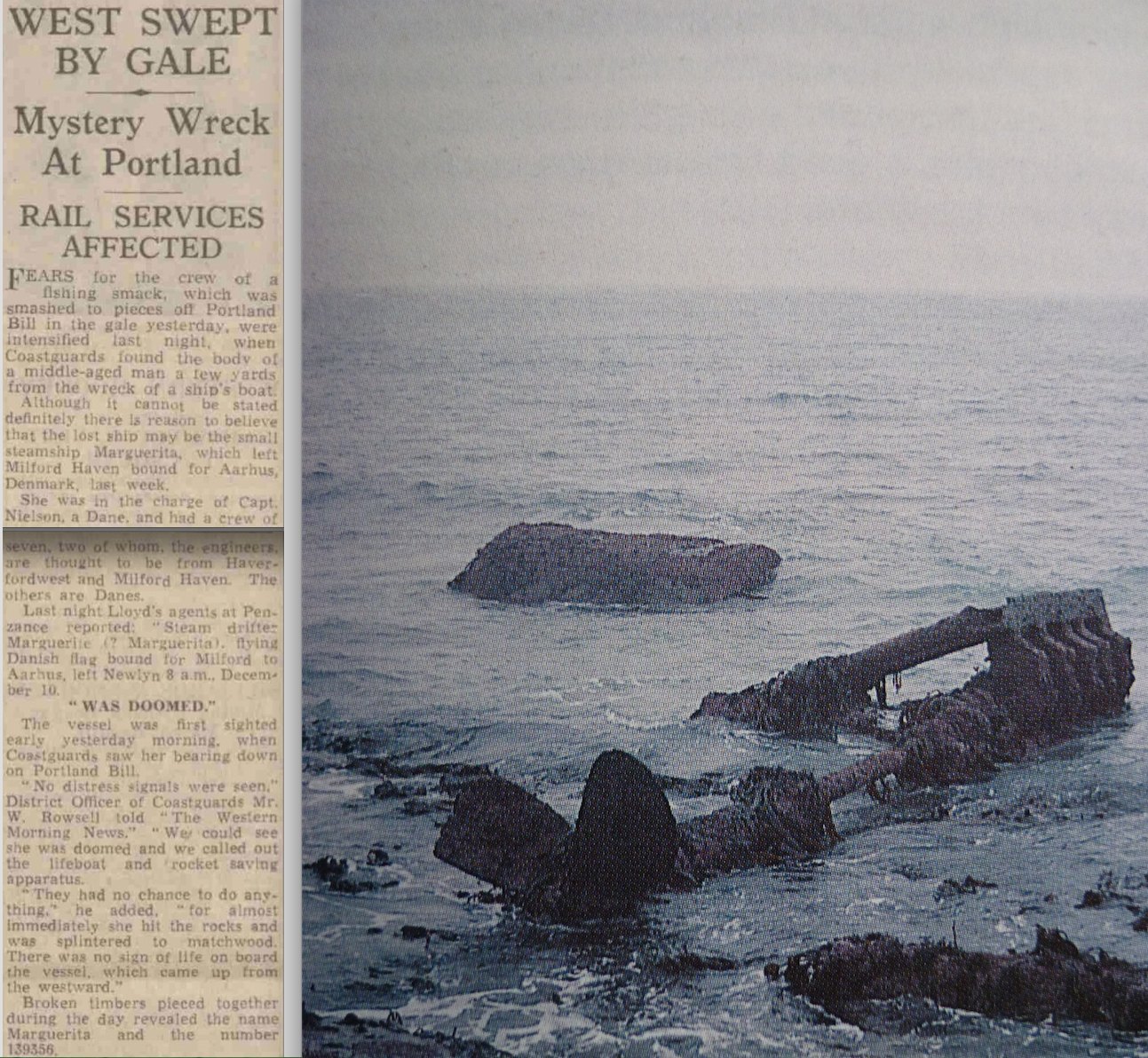