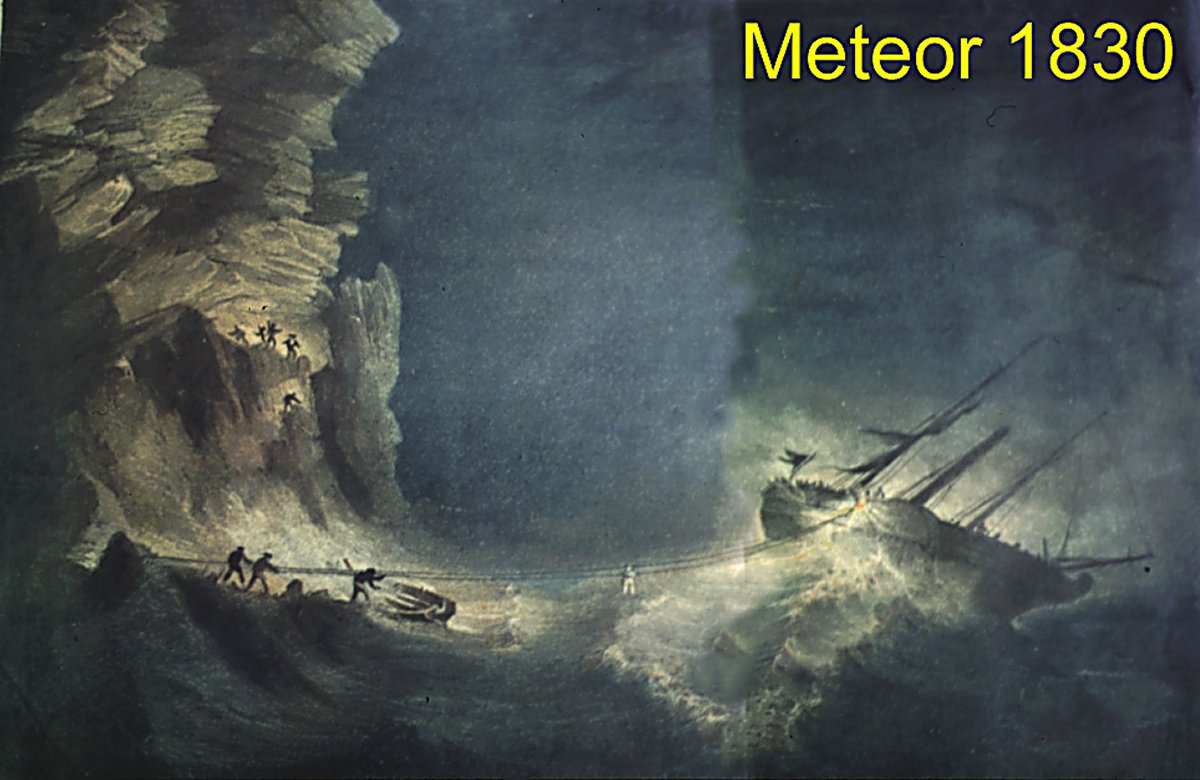 The first steamship wreck in Weymouth/Portland area. She left Guernsey and at 8pm she stranded at Church Hope Cove. The first mate Edward Thresher struggles ashore and with the aid of ropes all the passenger and crew were landed safely. When the tide dropped a large crowd descended on the wreck and set about looting the passengers luggage. The report goes on to say:

“For the most part these were Portlanders, who, closely associated with Chesil Beach, were practiced wreckers. The mail was saved. Afterwards, machinery and gear was salvaged and the wreck sold, an action that earned the agent reproof because he omitted to seek the Postmaster’s consent! The vessel struck the rocks at 8.10 p.m. in dense fog and heavy wind. The profits arising from the sale of the wreck were divided amongst the crew for their exertions in saving the passengers lives. Most of the luggage was carried of or destroyed by the islanders. If general attention can be called to this national disgrace, a great public good may be effected.”

“LOSS OF THE METEOR POST-OFFICE PACKET

This morning in a very dense fog, the METEOR steam packet was lost on her return from Guernsey. She struck about a quarter of as mile from Church Hope, just under Governor Penn’s Castle, at the back of Portland. The passengers, 14 in number, with Captain Connor and the crew, are saved; but it is reported here that the vessel is a perfect wreck. Two ladies (passengers) had some difficulty in getting ashore, and one man (White) had a very narrow escape from drowning.”