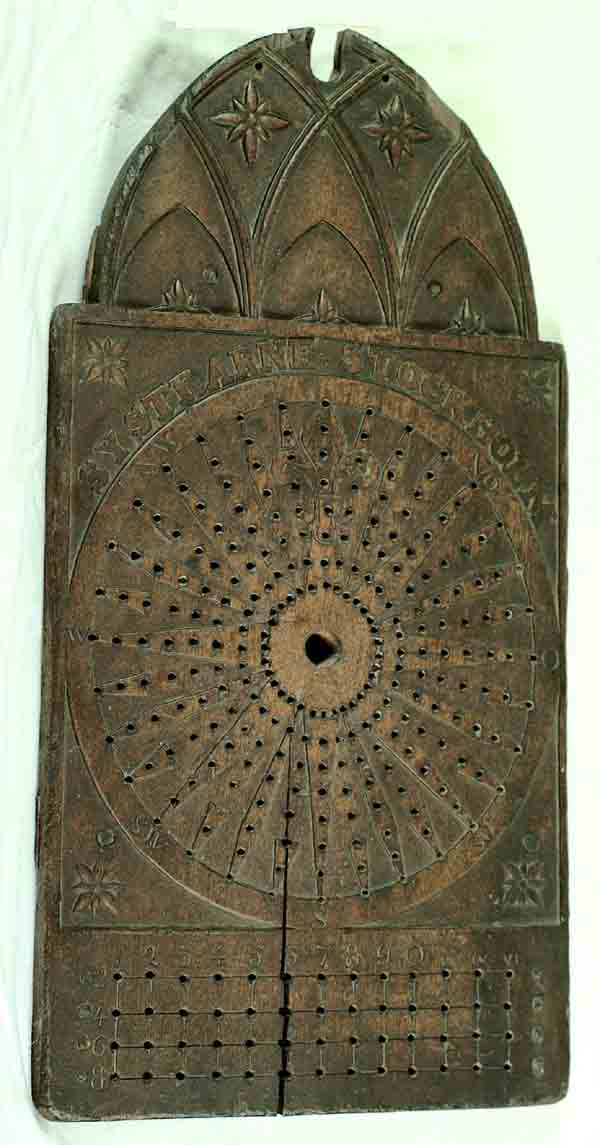 This photo is of a piece of wreckage found on Burton beach – it is the Traverse Board from the Systrarne which can be found in Dorset County Museum (www.dorsetcountymuseum.org).

The board was an early navigational aid and is a rare shipwreck survivor. A fascinating study into the Systrarne, the wreck and the Traverse Board (and how it was used) by Merelina Ross can be found in the “Proceedings of the Dorset Natural History and Archaeological Society Vol. 126 2004”.

Note in the register of Burton Bradstock Church of St. Mary the Virgin for 1837:

Nov 24. Olloff Bjorkholm of Stockholm supposed to be 20. Olloff Bjorkholm was steward of a Brig. named SYSTRARNE of Stockholm which was driven on this shore on the 23rd Nov., at noon. This man with three others, attempted to swim on shore after the vessel struck on the rocks. He was unfortunately drowned, but the others were saved through the praiseworthy exertions of the Inhabitants of the Parish. The vessel had been run foul of by another Brig in the course of the night by which her Bulwarks were stove in, her masts carried away, and she became waterlogged and a perfect wreck, drifting at the mercy of the waves. She was Bound to Batavia, laden with timber, iron and tar. Verdict-‘Found dead’