A collision between two steamships, happily unattended by any loss of human life, occurred in the Channel, off Portland, during a dense fog shortly after midnight on Wednesday night. The Britannia, of 1,988 tons, Captain Farrier, owned by Messrs, Ward and Halzapfel, of Baltic chambers, Newcastle, was on her homeward voyage from New York for London, laden with a general cargo and 159 head of cattle. About 12 20 a.m., just as they were looking out for the Portland lights, she was struck on the port side by the other steamer, which proved to be the Bellcairns, of Hartlepool, bound for Cadiz, with a cargo of sleepers. The Britannia was struck close by the fore part of the bridge, and cut through No. 2 hold, under the water. Her four boats were instantly lowered, one or which was smashed and lost, but all on board the steamer, numbering about 37 were saved in the other three boats, and ultimately taken on board the Bellcairns, which also put out a boat and remained by all the time. The Britannia foundered about 7 o’clock in the morning, and the Bellcairns made her way to Southampton, where she landed all the rescued men yesterday morning. The bows of the latter vessel are stove in, the stem under water being bent and twisted out of place, and the fore compartment filled with water. She was kept afloat by the other compartments, which received no damage. She was to be taken into dock yesterday evening for survey and repair. Of the 159 cattle on board the Britannia, mostly floating about in the water after she sank, 41 were picked up alive by another steamer that happened to be passing, named the Occano, and taken to Southampton, where they were landed at the foreign animals’ wharf in the docks yesterday afternoon. 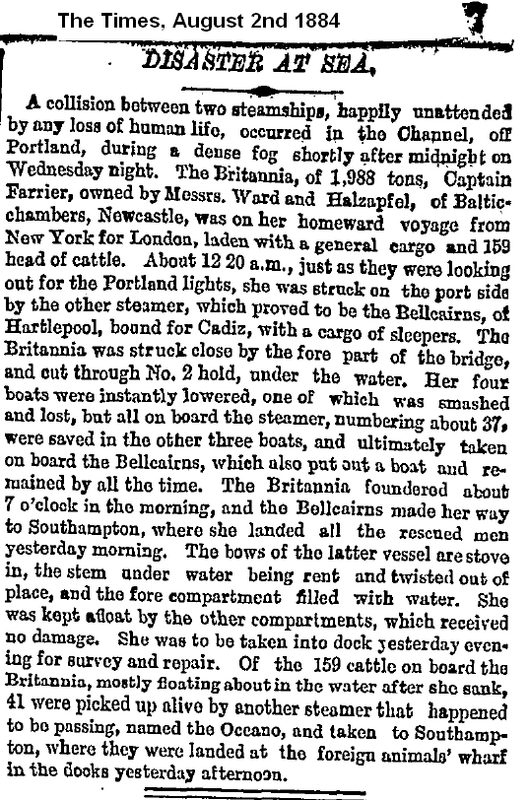 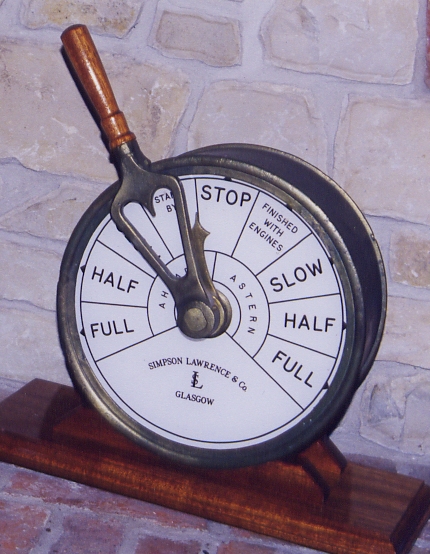 Telegraph from the wreck