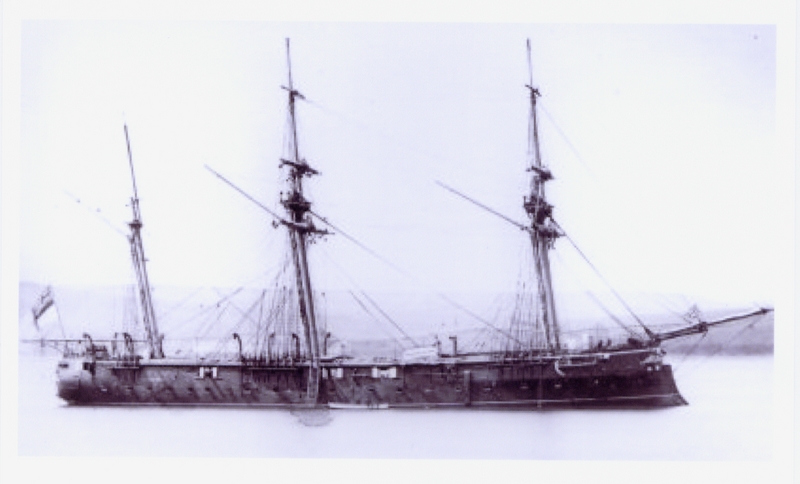 HMS AMAZON, 1,081 ton Naval Sloop [60M] – Collided with the 420 ton Steamship OSPRAY which sunk off Portland with the loss of 10 lives.  The officer in charge of Sub. Lieut. Loveridge had ordered her helm  put to starboard instead of port, and the vessels collided, the collier being cut in two and sinking immediately.  After picking up 10 survivors AMAZON  was later abandoned and sunk.  There are no GPS marks available for this wreck due to the historical significance of this wreck.  Area is 30 miles of Start Point.  There is supposed to be an archaeological survey of the site.

THE COLLISION IN THE CHANNEL

The Times remarks that shortly after midnight on Monday two vessels, named be Osprey and the Amazon ran into each other in the English Channel. The collision was so violent that the Osprey immediately parted, and, though the boats of the Amazon were promptly lowered, nine of those on board including four ladies were drowned. The Amazon survived the shock only a short time longer. She began to fill rapidly. and sank at half-past two. All the crew together with those she had saved from the Osprey, were placed in the boats and were landed safely at Torquay at four o’clock on Tuesday afternoon. The Osprey, which was the smaller; and went down first was a passenger steamer, belonging to the Cork 8team Packet Company, and was bound from Liverpool for Antwerp, with a crew of 21 hands. But it is the character of the other vessel which is the most astonishing circumstance in the collision. The Amazon was a vessel of the Royal Navy: in other words she belonged to one of the best appointed class of vessels in the world. Her crew was probably three times as numerous as that of a merchantman of the same size, and they could, if necessary, have taken three times many precautions as any ordinary ship. They are supposed to be under the strictest discipline and the most stringent rules are laid down for securing the safety of the vessel. Add to this that she was a perfectly new ship, fast and handy, fitted with the best engines and on her first voyage out of port. It is this vessel, furnished with every appliance for speed and security, which, on a calm and clear summer night, runs down a passenger steamer. cuts it in half, and sinks herself in less than two hours. In such circumstances there must have been some gross neglect for the ship to have been exposed to so violent a collision. Whatever may have been the fault of the merchantman, the man of war must have been to blame. If such a catastrophe could be fairly imputed to accident, one would be tempted to ask what security there can be for one’s life in crossing the Channel at any time. If a man of war may run into a passenger steamer by accident on a fine summer night, a packet might as well be run down any day in broad daylight by the best ship in Her Majesty’s service. A detailed description of the Amazon will not tend to console us for her loss. She was the first of a class of vessels roughly described by Lord Claret Paget as the “Alabama class” of our men of was. She did not, indeed, the least resemble the Alabama in construction or in armament, but she was designed for a combination of speed with as formidable an armament as a sloop could be made to carry. She was constructed after special designs by Mr. Reed, and she fully answered expectation. She was on her first voyage, and was destined for America, where, like the Miantomomoh in these waters, she might have served as a specimen to the Americans of our progress in naval architecture. Such is the vessel which some one or other has chosen to sink in the Channel on a fine summer night. We can only trust that the blame will be brought home to the responsible persons, and that they will be duly punished.