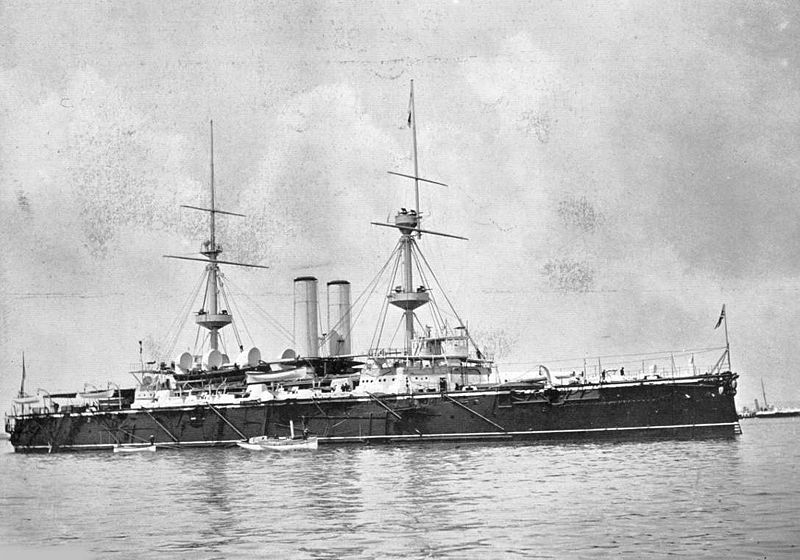 HMS Empress of India. Steel armoured pre dreadnought battleship built at Pembroke Dockyard as part of the Royal Sovereign class. Launched 7th May 1891 at Pembroke dockyard. She was initial to be called HMS Renown in1900 but changed before completion. She served in the Channel Squadron, HMS Empress of India was finally sunk as a target on 4th November 1913.

The wreck was salvaged by Mayer & Newman who removed much of her armour plating and the bronze propellers. She lies in the middle of Lyme Bay in 138 feet of water on a sandy bottom. More detail in Janes Fighting Ships, 1911, p80-81.