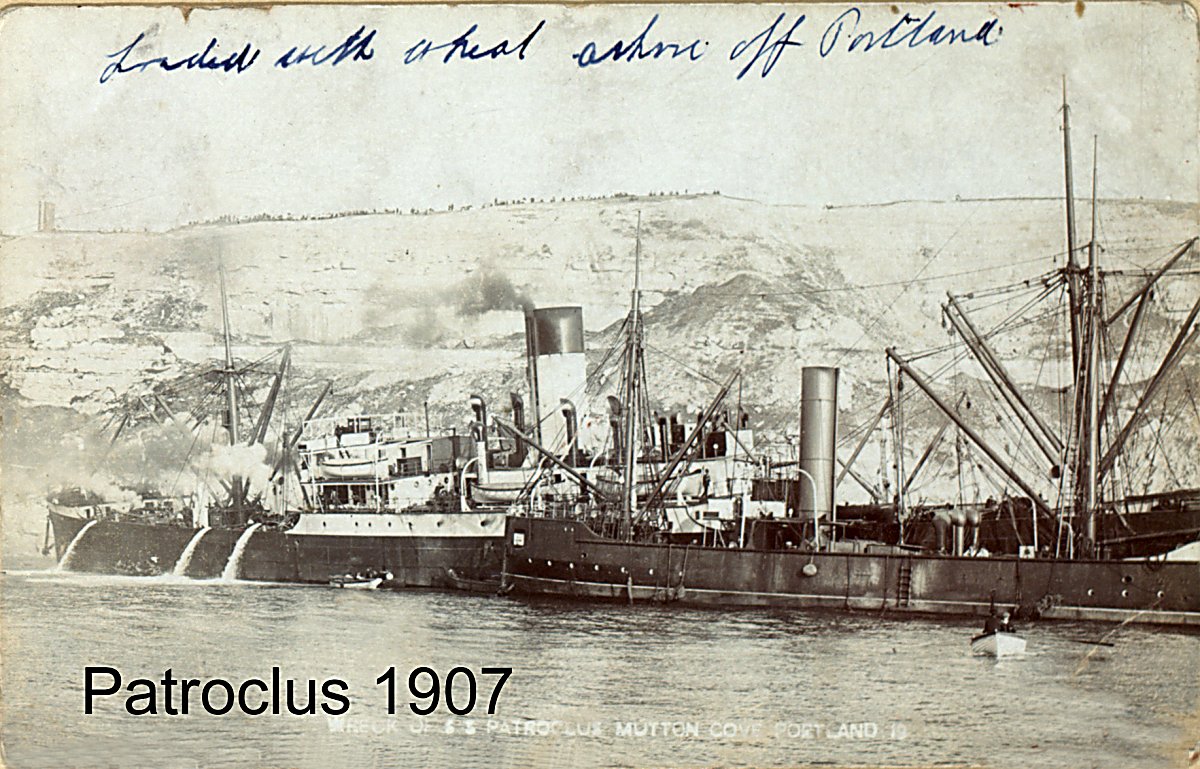 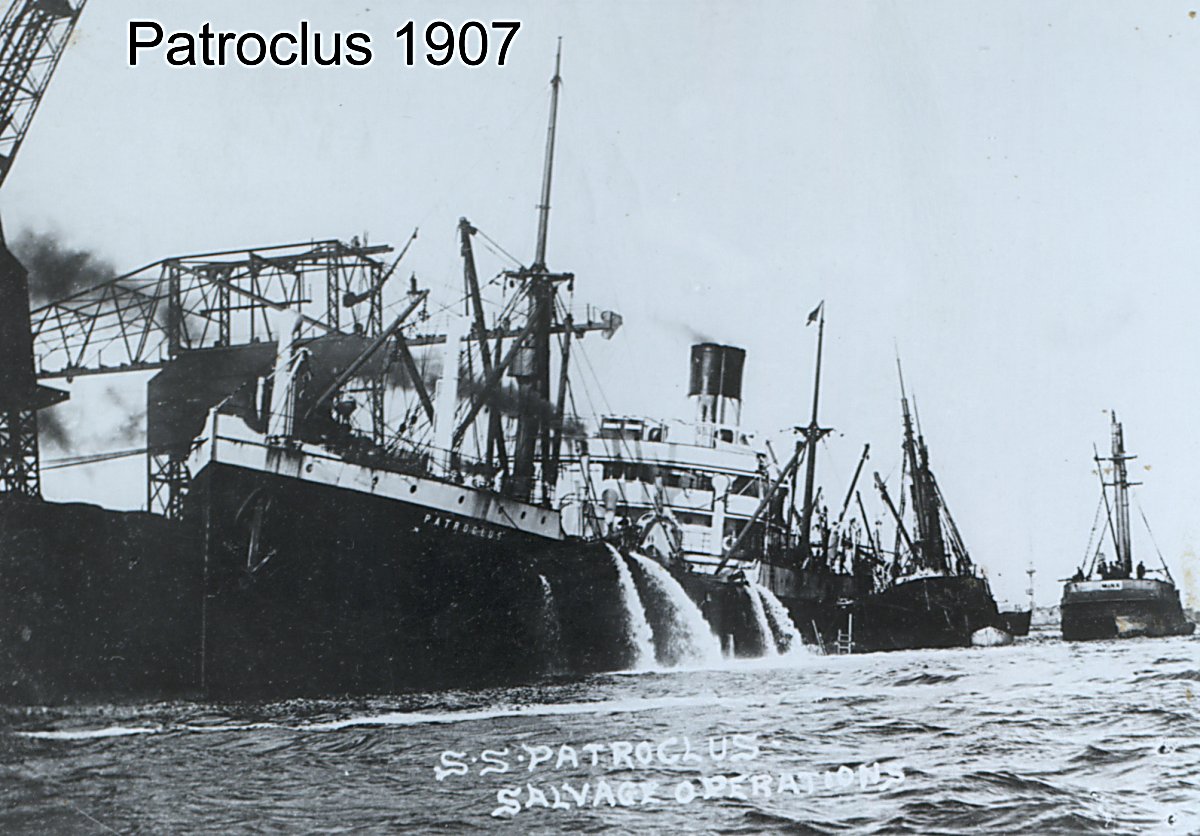 Steamer ashore near Portland Bill. On Friday morning in an extraordinarily dense fog the large 5,000 ton steamer PATROCLUS of the Ocean Steamship Company, Liverpool (Messrs A Holt & Sons) struck an the Sharpots (Sharp Pits), half a mile north of Portland Bill. The PATROCLUS which was hound from Brisbane to London with a general cargo principally wheat had called at Tenerife for a deck cargo of bananas and was to call at Portland to pick up Mr. Fenn the Channel pilot. Early on Friday she ran into a dense fog belt and proceeding very slowly passed half a dozen vessels of the Channel Fleet which were brought up there. Thinking that he was round the Bill the captain proceeded on his way and at 11.15 the vessel struck on the submerged racks within 50 yards of the shore. It was then high tide and the sharp rocks precluded any possibility of her getting off.

A man named Flew was sitting on the rocks fishing within 20 yards of the spot where the vessel struck and with his assistance the fourth mate of the vessel climbed the cliff and reported the occurrence to the Coastguard at the Bill. Telephonic messages were then sent to Castleton and Weymouth and in a few minutes the tug VERNE (Messrs G. H. Collins & Co.) was on the way. She arrived on the scene shortly after being followed by the tugs QUEEN ALBERT VICTOR and PETREL but offers of assistance were refused. H.M.S. KING EDWARD VII also offered help but the position of the vessel rendered such help useless as if towed off she must have been torn to pieces.

In a short time there was 15ft. of water in the fore hold and the PETREL and VERNE were engaged in towing lighters to the spot and a party of men were engaged night and day in lightening the vessel. On Sunday a 500 ton steamer the INDIA was engaged in taking off the cargo.

Thousands of people have visited the spot since the wreck and many photographs have been taken.

An attempt to get her off was made on Tuesday at high water which was unsuccessful.