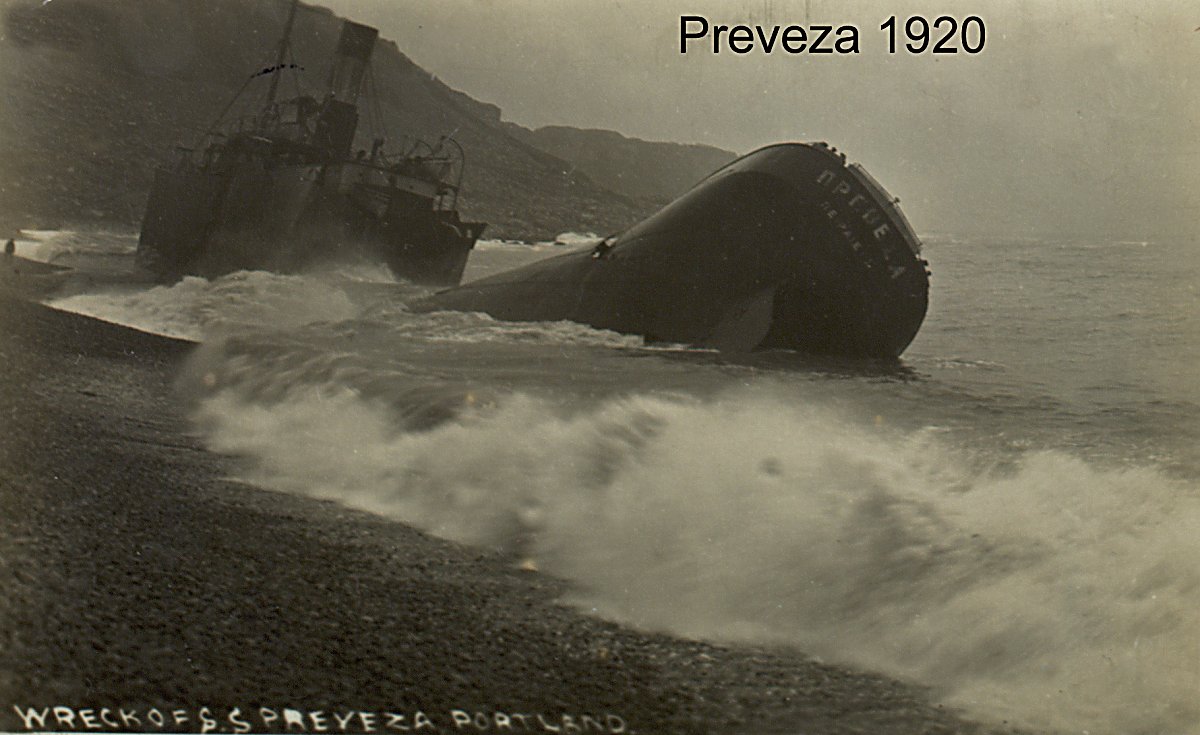 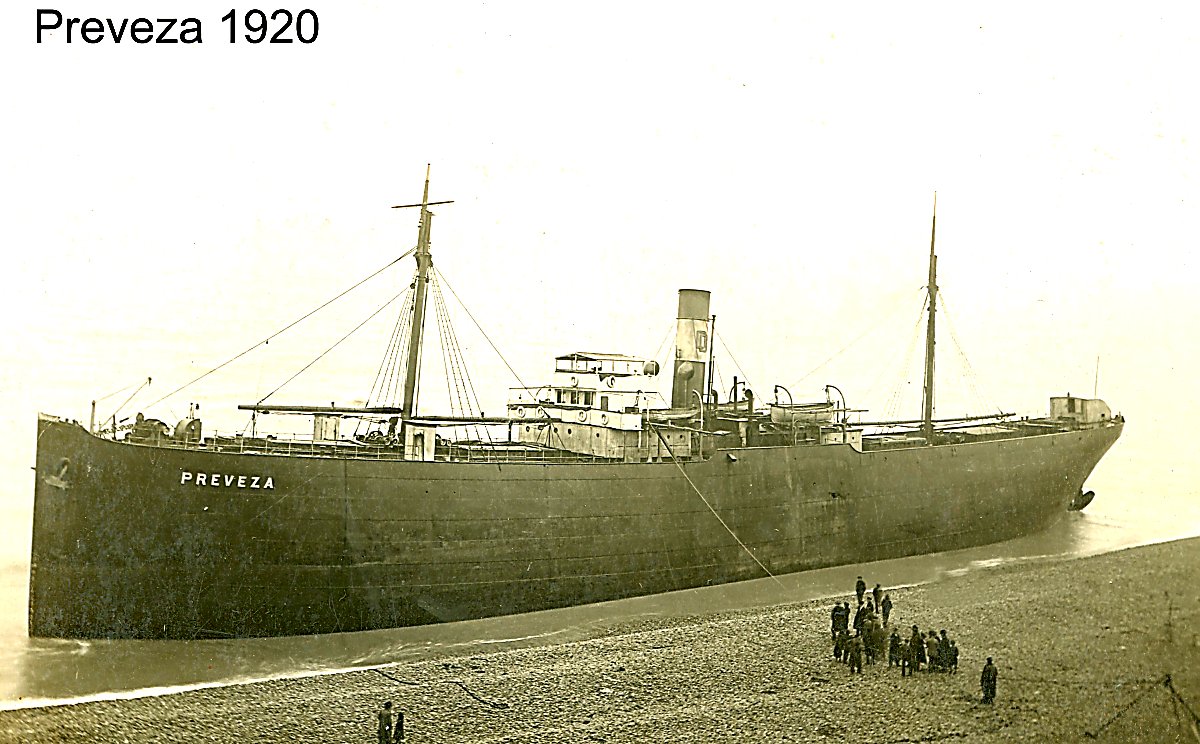 DCC: 22/01/1920; Greek Steamer on the Chesil Beach – During Thursday night’s fog the Greek Steamer, the PREVEZA, 3,100 gross, bound from Nazarre to Rotterdam, went ashore on the beach in Chesil Cove. Tugs immediately went to her assistance, the sea being moderate, but up to Friday morning they had not succeeded in getting her off. The crew were got ashore by means of the life- saving apparatus, and eventually they returned to the ship, it being understood that they were in no imminent danger.

The steamship PREVEZA from Argostoli in the Greek island of Cephalonia had collected bunkers and stores at Portland. PREVEZA continued on to Cardiff to load coal as cargo. This was apparently refused because the ship was un-insured. She then sets off for Rotterdam, heading up the English Channel in thick fog when there was a grinding and crunching from the bottom of the ship. Captain Panas quickly realised his mistake as he then ground to a halt on the shingle of Chesil Cove late in the afternoon. News of the stranding, soon reached the ears of local tradesmen who had supplied goods but not received payment. They rapidly obtained writs which were formally ‘nailed’ to the mast. Next day two local tugs PILOT & PETREL were called in to attempt to pull PREVAZA off the beach but this failed. The London salvage vessel ELLIDA was brought up from Southampton to help, but by the time she arrived a large ridge of stones had built up along the seaward side the hull. Unfortunately the cable parted and the ELLIDA’S propeller was fouled . The winds were increasing and it looked as if there would be a second stranding, but the Petrel’s master boldly brought in his vessel and connected with the ELLIDA. He towed her seawards, heading into the strong westerly gale, but it was held to her anchor just as tightly as if the wire had been made fast on the deck and as it was underwater there was little chance of cutting her free. For two days and nights, rising and falling in the waves which were thundering towards the beach, the smaller tug held the larger clear of danger. Then the PETREL’S bunkers were nearly exhausted and she had to go back to Portland. The tow was taken over by Cosen’s paddle tug ALBERT VICTOR. As luck would have it, soon after the fresh connection was made the wire rope snapped at last, no doubt as a result of the PETREL’S gallant 48-hours of tugging and straining, and the ALBERT VICTOR made an easy £3000 salvage money by taking the ELLIDA round to Portland. Under the ‘no cure no pay rules the PETREL got nothing. The weather conditions continued to deteriorate and the salvage of the PREVEZA was abandoned. PREVEZA eventually broke into two, scrap merchants took what they could and the rest slipped into the sea. Parts of her boilers are still visible on the foreshore at low tide generally after a gale.