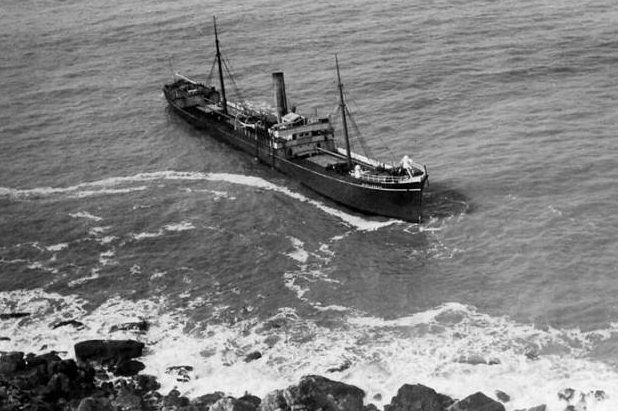 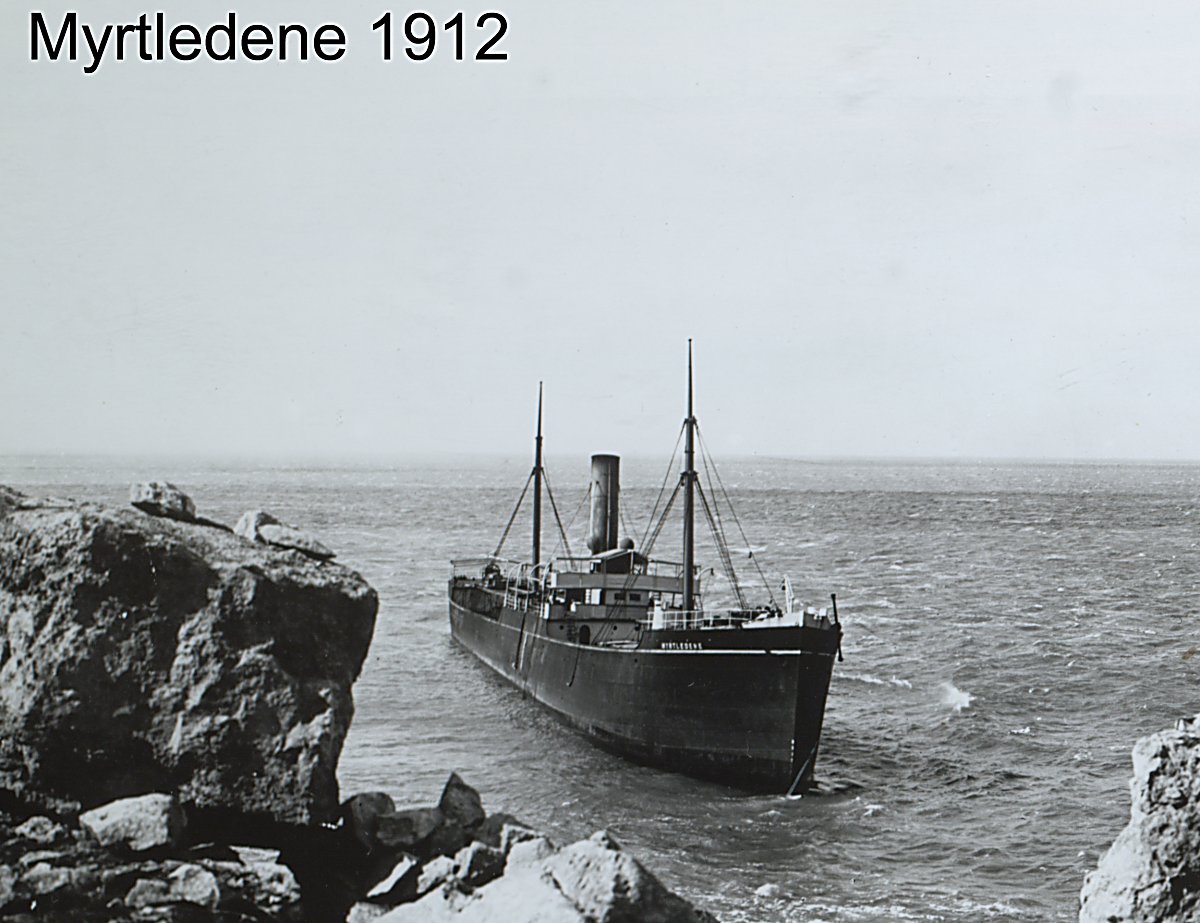 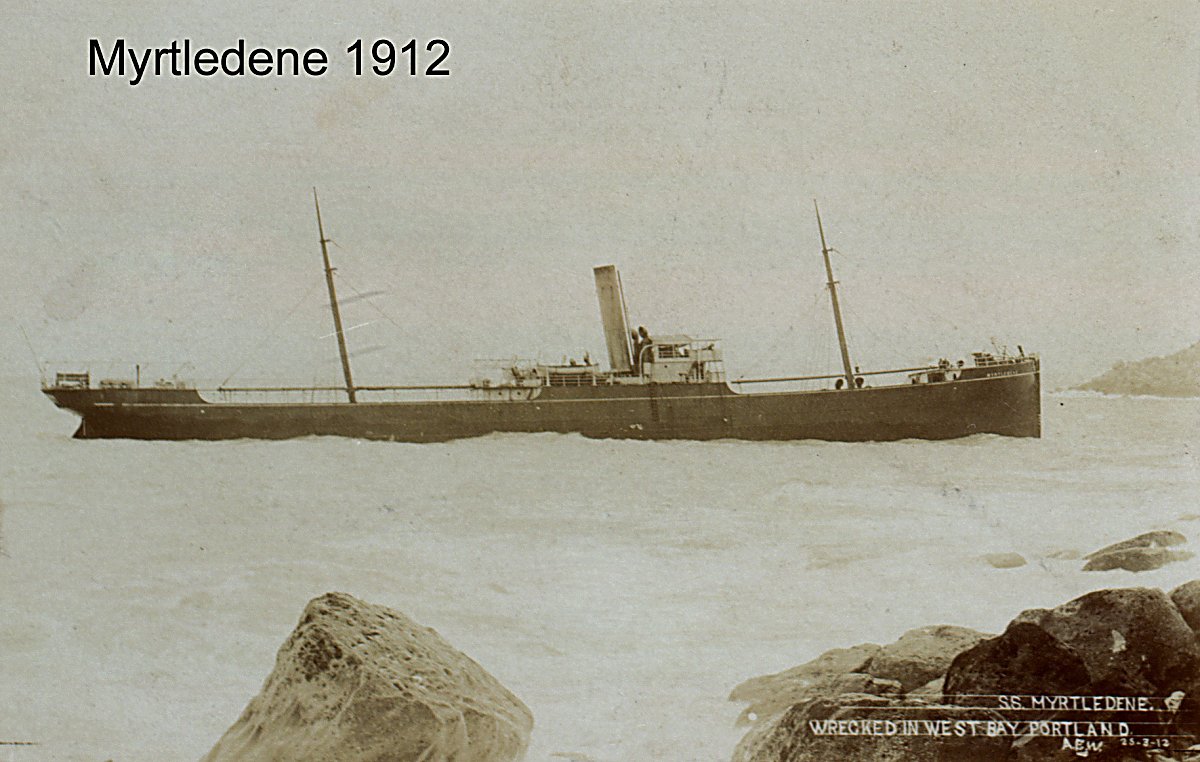 The 2,571 ton British merchant steamship was built in Jarrow in 1890.  En route from Sajunt in Eastern Spain to Rotterdam, Holland with a cargo of iron ore, MYRTLEDENE was steaming at reduced speed of eight knots, easterly along the English Channel in a thick fog when darkness fell.  Captain F. Mitchell calculated that his she was twenty miles south of Portland Bill and he set extra lookouts as a precaution against collision with other ships.

The crew were convinced a collision had taken place when at 3.30 am the vessel shuddered and bumped. The disaster was soon apparent when the vessel ground to a halt despite running the engines reverse and forward.  The ship’s siren was sounded continuously to warn other shipping.  Although less than 100 metres from the cliffs at Mutton Cove, the fog was so thick that Captain Mitchell remained convinced that he had run into an un-charted shoal somewhere in mid channel.  Some water entered the holds but the pumps were keeping the level down and there was no immediate danger of the ship sinking.  As a precaution however Mitchell had the life boats swung out on their davits before ordering a ‘Full Astern’ for over one hour in an attempt to re-float his ship.  The ebbing tide and the heavy cargo of iron ore  however caused the ship to settle further down of the rocks, resulting in more damage to the hull. The engine room flooded and engine and pumps failed.  In the silence the crew were able to make out shouts from the mist ahead of the stricken ship.

As daylight arrived the fog cleared revealing the coastguard and their equipment already set up on the rocks.  They had already arrived during the darkness in response to the shriek of the ship’s siren but had been unable to actually see the ship let alone establish contact with the crew.  As the sea was fairly calm it was decided that the crew were safer remaining on board rather than risking the journey to the shore in a Breeches Buoy.  The tugs HELPER from Weymouth and VERNE from Portland were soon in attendance and attempted to pull MYRTLEDENE from the rocks.

By 8.00am it was obvious that they would have no success until the damage to the hull could be repaired so the crew lowered the boats and rowed to HELPER for a lift to Weymouth.  Next day divers from the salvage vessel BELOS determined that the hull was beyond repair as much of her undersides were open to the sea .  During the next few weeks the equipment was stripped for salvage and within a couple of months rough seas broke her up.

Today the wreck lies in about eight to ten metres of water and is very broken up and scattered, a single boiler stands about three metre from the rocky seabed.