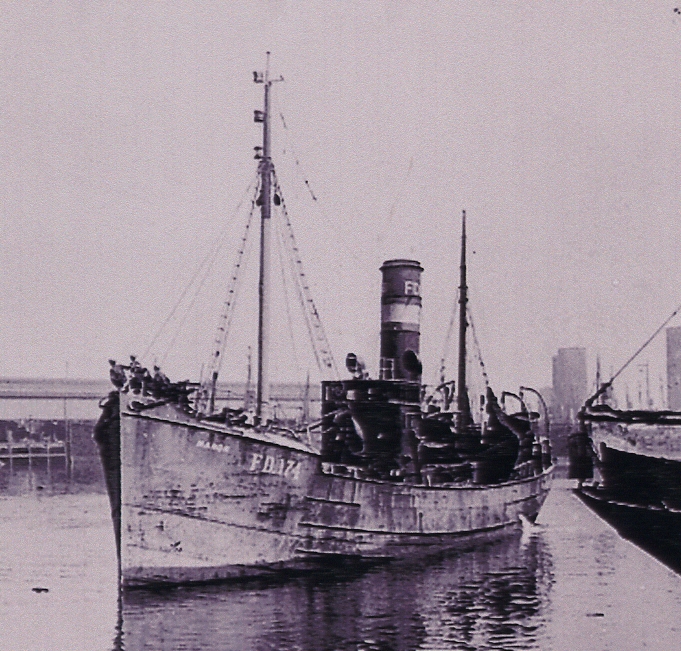 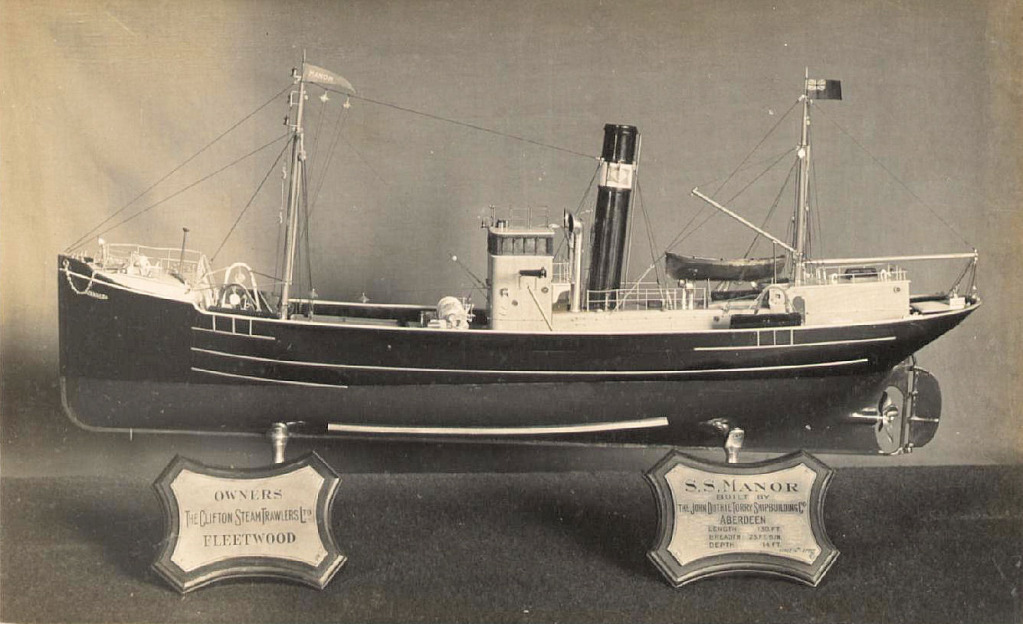 HMS Manor was part of Convoy WP 183 which suffered-particularly heavily. The E boats of the 2nd Flotilla struck first. even boats, S 48, S 50, S 63, S 67, S 70, S 104 and s109 (ed by Lieut-Commander Feldt) shattered the small convoy. At 0120 the Commodore’s ship Kongshaug was torpedoed forward of the bridge on the starboard side and the ship sank in 30 seconds. commodore H Richman was struck on the head by a slab of concrete from the wheelhouse and had no clear idea what happened next. Whilst in the water he saw an engagement between the destroyer Brockles by (Lieutenant Commander E G Pumphrey DSO DSC RN) and an E boat before the destroyer picked him up. The Pomella was hit twice by torpedoes from S 67 and abandoned. The Reggestroom, Rosten and the escort Trawler Manor were missed from the convoy and presumed sunk.

The German air force now made its own contribution to the agony of WP 183. At 0610, when the remaining ships were south of Portland Bill, low flying aircraft swept in from the seaward side. The Gripfast was hit and sank at once. Survivors were picked up and gathered aboard the Polly M before being taken to Portland. Rescue operations mounted from Weymouth by RN Motor Torpedo boats MGB 51 and 53, MTB 69, 87, 35 and 237, searched widely for survivors and brought in twenty-eight men from the Reggestroom.

An enquiry was held into the disappearance of HM Trawler Manor. One survivor of the ship was picked up by HM Trawler Ruby, landed at Yarmouth, Isle of Wight and taken to Totland hospital. He was 2nd Hand Cyril Horace Joseph Foale. He recalled his experience, remembering that there was a tremendous explosion and the Manor settled by the stern. The force of the explosion flung the Commanding Officer and Cyril Foale backwards. The CO was flung back with considerable force and not seen again. Foale himself was caught up by the Asdic recorder which held him. Almost immediately there was a second explosion, and then a third that seemed to come from the forward messdeck. By this time the top bridge of the trawler was under the water and Foale began to float. Being a good swimmer he dived through a window, but on the way to the surface became entangled in the wireless aerial. He managed to get free and surfaced, holding onto a plank of wood until he found a lifebuoy. He shouted out in case there were any other survivors in the water, but there was no reply. Cyril Foale was the sole survivor. Though there would have been a number of ratings on deck at the time of the explosions, some manning the anti-aircraft guns and others on watch and at the wheel, none were seen again. The remainder of the ship’s company was turned in below. The Carley floats were ready to be slipped and the lifeboat was slung out, but none of the watch below had time even to reach the deck before the little ship went down. 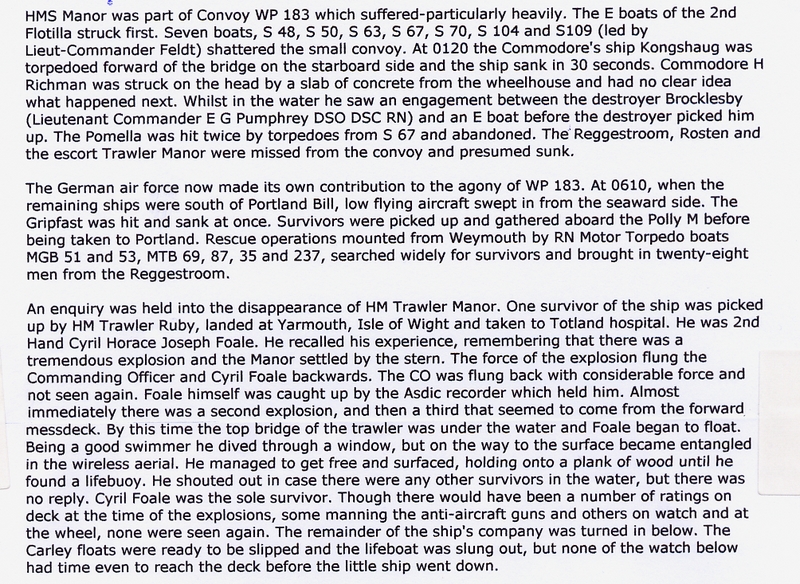